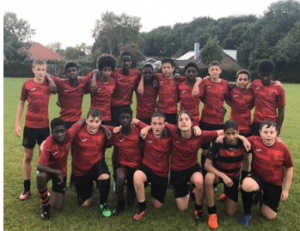 The team have put in a number of outstanding performances especially in the quarter finals where they beat Harris Academy 67-7 and St Martin’s 49-0 in the semi-finals.

This is the culmination of three years of success, led by their co-captains Danny and Kai.

They have only lost four games in three years.

St Marks will face either Sandon School or Joyce Frankland Academy in the final.

The final is on Thursday 26th March at Barking Rugby Club – 5.30pm kick off.