Woman who tried to open a plane door whilst drunk has been sentenced to two years in prison. 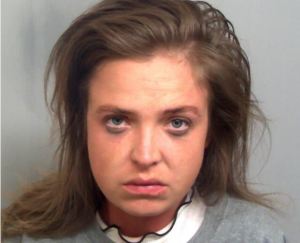 A WOMAN who tried to open a plane door whilst intoxicated has been sentenced to two years in prison.

Chloe Haines, 26, received the penalty for assault by beating and recklessly or negligently acting in a manner likely to endanger an aircraft or people within.
Haines was a passenger on a Jet2 flight to Dalaman on the evening of Saturday 22 June, 2019, when she became verbally abusive to passengers and members of staff on board the aircraft.

She attempted to open the emergency exit doors, forcing the plane to land at Stansted Airport.
Haines, who is from Station Road in Loudwater, appeared before HHJ Gratwicke at Chelmsford Crown Court today, Wednesday 12 February, having previously entered guilty pleas at the same court in December.

Chief Inspector Lee Devall, Stansted Airport’s deputy commander, said: “This was a terrifying incident which left an entire plane, including experienced cabin crew members, in fear for their safety.

“If Haines had managed to open the door, there’s no telling what might have happened to those on board. The cabin crew put their lives at risk to prevent the door from being opened, even though they were incredibly frightened. They showed immense bravery and should be commended.

“I would also like to thank the officer in charge of this case, PC Philip Darts, for his hard work in collating the evidence against Haines.
“We will not tolerate dangerous or disruptive passengers. We appreciate that Haines has apologised profusely, and is mortified by her actions, but this must serve as a warning to anyone who drinks before boarding a flight: if you cause trouble, you will be arrested and we will seek an appropriate course of action to protect your fellow passengers