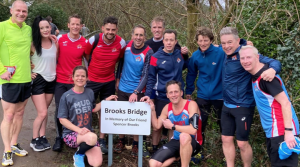 A KIND-hearted sign designer and runner has donated a sign in memory of much-loved Harlow parkrunner, Spencer Brooks, who passed away recently.

Miguel Luque’s company is Business Signs and Graphics Limited but he is also a member of Harlow Running Club.

Miguel was one of many touched by the way Spencer Brooks bravely battled against brain cancer.

He said: “When I heard that they wanted to call the bridge that the parkrun goes over, “Brooks Bridge” and put a sign there, I thought I could help out.

“I didn’t know Spencer that well but I massively respected him for the way he faced his battle”.

A number of runners finished the parkrun in Spencer’s personal best time: 22 minutes and 57 seconds.

Many went to Spencer’s funeral service which took place later that day. 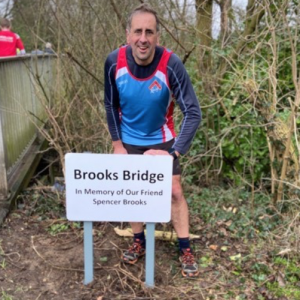