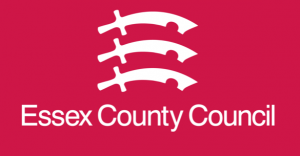 ESSEX has seen a return to primary schools and early years settings begin to take place on a phased, gradual basis.

Data made available to Essex County Council (ECC) by the Department for Education (DfE) suggests that, on Tuesday 9 June in Essex:

“This is in no small part thanks to the enormous effort of education and childcare staff across the county. Preparations for wider opening have been taking place for months, and the logistical issues settings have had to take into consideration are numerous. I can only thank staff once again for their dedication and commitment to the children and young people of Essex.

“While I recognise not all schools and early years settings have been able to respond to wider opening immediately, we must take into account the restrictions settings are operating within.

“We’ve been clear that the health and safety of children, families and staff must be the priority in plans for wider opening. With smaller group sizes and protective bubbles, space in buildings is at a premium, and teaching staff in schools are splitting their time between those attending and those still learning from home.

“We continue to work with early years settings to support more to open, including working closely with our district and borough council colleagues to help the sector access Covid-19 financial support packages. We are assisting those schools who have not yet been able to respond to wider opening with their plans. I’m hopeful that we’ll continue to see an increase in opening and attendance figures in the coming weeks.”

From Monday 1 June, the government allowed primary schools to reopen to pupils in Nursery, Reception, Year 1 and Year 6. Special schools and early years settings were also permitted to open to more children. This wider opening is in addition to settings accommodating vulnerable children and the children of critical workers.

Each school and early years setting has undertaken their own risk assessment bespoke to their setting / community to determine their response to wider opening being possible. This means arrangements in settings vary.

Parents who need help finding alternative childcare if their usual childcare setting is closed or unable to provide the hours they need to work can email ECC at [email protected] for support.

On 9 June, the government retracted their ambition for all primary school children to return in some form before the summer holidays. Instead, they have said that if schools have the capacity, they would like to see them bring back more children in other year groups using a flexible approach. ECC will support schools with this as further guidance is released.

Secondary schools and colleges are able to welcome back pupils in years 10 and 12 due to be taking exams next year (years 10 and 11 for alternative provision settings as they have no year 12) from Monday 15 June. Again, each school has undertaken their own risk assessment bespoke to their setting / community to determine their response to wider opening being possible. This means arrangements in settings will vary.

For information about ECC’s approach to schools and settings reopening, visit www.essex.gov.uk/changes-services/schools-learning