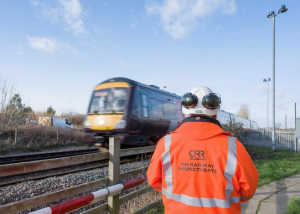 NETWORK Rail’s Eastern region has delivered more efficiently but missed both its passenger train performance and freight targets over the last year, according to a new report published by the Office of Rail and Road (ORR) today (2 July).

The rail regulator’s annual assessment of Network Rail found that delays to passenger trains attributed to its Eastern region – which operates to and from cities such as Newcastle, Leeds, Sheffield, Derby, Norwich, Cambridge and London – were worse than expected, with 1.64 minutes of delay per 100km of train travel, against forecast levels of 1.50 minutes. The region did deliver good train performance on its Anglia route and was successful in reducing delay minutes to passengers.

Performance on the East Coast and North and East routes was impacted by track and overhead line failures, often associated with severe weather events, as well as challenges associated with the introduction of new rolling stock for Northern and TransPennine Express operators.

On the East Midlands route, there was a rising number of delays caused by the quality of track through the Elstree tunnel and track alignment in the Bedford area. The region is working with operators to drive performance improvements.

Network Rail’s contribution to freight performance in the Eastern region was also below target, significantly so, and was similarly impacted by severe weather and flooding. The region needs to deliver performance improvements over the next year.

The ORR found that the Eastern region delivered its planned renewals work to maintain network condition, while exceeding its target to save £100 million of efficiency savings by £17 million in 2019-20. It made the largest regional contribution to Network Rail’s overall efficiency improvements of £385 million in the first year of CP6.

“Despite efficiency achievements, actual train performance in Network Rail’s Eastern region has not been good enough in some areas for passengers and freight customers over the last year. The region must improve the resilience of its railway to infrastructure failures and severe weather.

“We set Network Rail nationally a £3.5 billion efficiency improvement challenge over five years. The Eastern region has made a good start to contributing to these savings, beating its target of £100 million in the first year.

“We are also pleased to see that the region is delivering strong safety performance, and leading the way with its ‘safe and effective working’ initiative.”