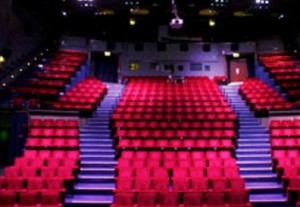 THE government has unveiled a £1.57bn support package to help protect the futures of UK theatres, galleries, museums and other cultural venues reports the BBC.

It follows several weeks of pressure, with industry leaders warning that many venues were on the brink of collapse.

Independent cinemas, heritage sites and music venues will also be eligible for the new emergency grants and loans.

Guidance for a phased return of the performing arts is expected to be published by the government shortly.

A string of theatres have announced plans to make staff redundant in recent weeks, after being closed since the coronavirus pandemic took hold earlier this year.

Adrian Vinken, the chief executive of the Theatre Royal in Plymouth told BBC Radio 4’s Today programme it was “impossible to say” if the announcement would be enough to prevent up to 100 job losses there until more detail is released.

The announcement of the new funding comes just two days after theatres across the UK were covered in colourful messages of support.

The £1.15bn support pot for cultural organisations in England is made up of £880m in grants and £270m of repayable loans. The government said the loans would be “issued on generous terms”.

There will also be £120m to restart construction on cultural infrastructure and for heritage construction projects in England that were paused due to the pandemic.

The government said decisions on who will get the funding would be made “alongside expert independent figures from the sector”.

Arts Council chairman Sir Nicholas Serota told BBC News the funding was “a very good result”. He said: “Now it’s up to the arts organisations and the Arts Council to make best use of this money and bring the arts back into communities across the county. This announcement gives us the tools to help build a recovery.”