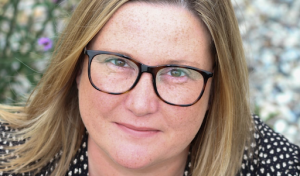 The move comes after current Dacorum CEO, Sally Marshall, announced her retirement following almost 35 years of service in local government.
Claire joined the HGGT team in 2018 and led on the development of the Garden Town vision that was adopted by five Councils, creating an approach to Harlow’s regeneration that is focused on improving the lives of residents and local businesses.

This included land acquisition, sustainability, travel and transport, stewardship and community engagement, leaving a legacy that the Garden Town can take forward.

Claire Hamilton said: “It has been an honour working with HGGT partners and helping towards the delivery of new homes, jobs and sustainable travel infrastructure in Harlow & Gilston.

“The Garden Town is a truly visionary project which will improve the lives of so many people for years to come and I am proud to have played a part in its delivery.”

“There will be time ahead to talk about the next steps for the Garden Town project itself, but Claire leaves us having created a legacy that has established one of the largest Local Government led Garden Town regeneration projects in the UK with, at its heart, a commitment to serve and support the communities of Harlow and Gilston.

“We all wish Claire the very best in her new Chief Executive role at Dacorum and thank her for a great contribution to the Garden Town.”  Speaking about the short-term future, Guy confirmed: “Tom Dewey from the Garden Town team will be our interim Director upon Claire’s departure, ensuring that Harlow & Gilston’s delivery remains in talented and capable hands.”