Come into The Lounge at the Harlow Playhouse

97 years go by in a flash; an afternoon lasts an eternity. In a care home lounge, Marsha begins the last day of her life. She cannot go quietly. As radiators burn and Jeremy Kyle blares, rivalries and relatives jostle for space on the Axminster carpet. Packed with witty observations, this mesmerising new show shines a light on how we cope, or don’t cope, with ageing.

HEAD to The Victoria Hall Theatre from 20th July and see your favourite characters from the comedy classic Blackadder. Edmund has taken up with the dizzy Queen and her daft Nurse. Blackadder, supported by his manservant Baldrick and sidekick Lord Percy, will find themselves thwarted by his adversaries including Lord Melchett.

The story of Chaplin set to come to the Harlow Playhouse

A heart-warming and powerful story told through the eyes of a young boy on his journey through the dark streets of Victorian Vaudeville London to the glitz of early Hollywood. This story follows Chaplin through his early career, showbiz ambitions and often-fractious relationship with his mother, family and his first love.

Harlow Playhouse: Pay what you can is In Good Hands

PAY WHAT YOU CAN SEASON. Take a seat, would you like a cup of tea? Don’t worry; you’re In Good Hands, the hair salon where people come for cuts and stay for chats. Julie got a start-up grant. Now, Lisa is her best customer and business is doing… Fine. Don’t miss this magical piece of theatre by Playhouse favourite Catherine Ireton and Grace

Review: Makin’ Steps “To The Movies”

THE creative minds behind the public performances of Makin’ Steps seldom fail to impress and “To The Movies” was no exception. Just for starters, the opening bars of the theme to “Jaws” accompanied by a menacing shark’s fin took us through a compilation of over twenty movies played out in silhouette on the company’s ‘Big Screen’ before Abbie Middleton Evans and Charlotte and Janine Rudin took us into the Little Shop of Horrors.

Musicals are in the air at Harlow Playhouse this summer starting with Steven Arnold (Coronation Street star), hitting the stage with Chaplin (23rd July) alongside co-star Rachael Wood (Emmerdale) for a heartwarming and hilarious musical about Chaplin’s journey from Victorian London to the glitz of early Hollywood. An untold story too fascinating to be missed! Next we have Buddy – The Buddy Holly Story ( 31st Aug – 3rd Sept) featuring two terrific hours of the greatest songs ever written, including That’ll Be The Day, Oh Boy, Rave On, La Bamba, Chantilly Lace, Johnny B. Goode, Raining In My Heart, Everyday, Shout and many many more, this show is just Peggy Sue-perb! The Sun say that “This show is an absolute must. If you haven’t seen the brilliant musicalBuddy yet, buy your ticket now!”

Review: From Horace Wimp to Wild West Heroes-ELO Experience at the Harlow Playhouse

IT MUST always be a worry for any act when their gig is timed at the same time as an England game in the European Championships. But there was a very healthy crowd to see the ELO Experience on Saturday.

Come and be amazed by Light Show at the Harlow Playhouse

A NEW show for young people with profound and multiple learning disabilities, and for children on the autism spectrum. An exquisite play of light and shadow, a serene papery white landscape transitions from a beautiful warm day at the beach to a dreamy moonlit wonderland. The young audience is taken on an immersive, multi-sensory journey of textures, smells and tactile experiences.

Get Beyond the Barricades at the Harlow Playhouse

BEYOND the Barricade’ has delighted audiences throughout the UK and mainland Europe for more than a decade, with its exciting concert portrayal of the greatest songs in musical theatre, all performed totally live!

COME along for a unique evening of live rock music as Weekend Rockstars is coming to the Harlow Playhouse on Friday evening (20th May). Part gig, part film, part play, the show is in itself a whole new genre.

ONE of Ireland’s best loved entertainers, Dominic Kirwan, is bringing his ‘Here for a good time’ tour to the Playhouse on Wednesday evening (18th May).

Come along for an evening of live music filled with some of Dominic’s most famous hits and well known songs over the years.

THIS reviewer fears going to Edinburgh Way in Harlow on a Sunday as it may involve the purchase of stuff. Usually essential, practical stuff but nevertheless stuff. 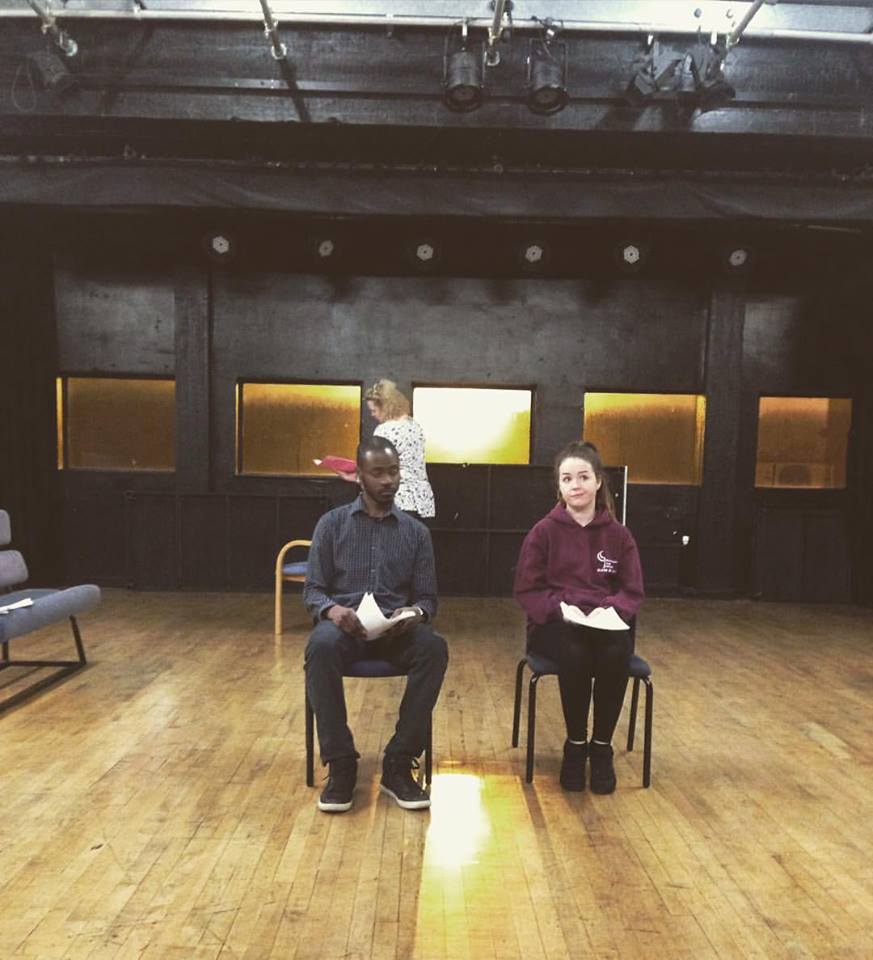 The Effect is the production currently in rehearsal by the Moot House Players, directed by Harry Tennison. This diary covers their rehearsal process from the first week of rehearsals to the final night. The Effect follows Connie and Tristan as they are involved in a clinical drugs trail for a new antidepressant drug. The production […]

By Staff Reporter on May 5, 2016   Harlow Playhouse, Lifestyle

Razed Roof’s inclusive production of ‘Brave New Food’ is coming to the Harlow Playhouse on the 12th May. The script is written by established playwright Judith Johnson. In a world where food is processed and fatty, the Queen cannot understand why her husband, the King, has died so young.

By Staff Reporter on May 3, 2016   Harlow Playhouse, Lifestyle

THE hysterical and uplifting show is heading on another tour this spring. Packed full of one-liners about hot flushes and memory loss, backed by an instantly recognisable soundtrack of parody versions of pop classics.

The Lady Boys of Bangkok are coming to Harlow

BE prepared for “a complete night of entertainment” as for the first time ever, the glamorous and stunning Lady boys of Bangkok are coming to Harlow with a dazzling new production of the country’s most popular touring cabaret show “FOREVER YOURS…X” on the 3rd May at the Playhouse Theatre.

Worship at the feet of Jonny and the Baptists

MUSICAL satirists JONNY & THE BAPTISTS are thrilled to announce their most extensive tour to date. This spring, they will travel across the UK with their climate change musical comedy-theatre crossover hit THE END IS NIGH, following its acclaimed Edinburgh Fringe premiere. Playing over 40 dates across two months,

THE veteran broadcaster David Hamilton is coming to the Harlow Playhouse in what promises to be a fascinating show.

Break the code at the Harlow Playhouse

Break the code at the Harlow Playhouse

EXIT PURSUED BY A HIPPOPOTAMUS! This is not a stage direction for Harlow Chorus’ 40th Anniversary concert at Chelmsford Cathedral on 16th April ay 7.00pm, but a ‘moment’ in the life of composer David Fanshawe who inadvertently hit a hippo on the head with a canoe paddle during his journeys across Arabia and Africa collecting music for African Sanctus.

STRICTLY Come Dancing favourites Ian Waite and Natalie Lowe will perform a dance showcase spectacular designed to dazzle and wow you. The pro-pairing are best known for their high intensity performances on the hit BBC show and have become family favourites as they push the boundaries of dance to bring the best out of their celebrity couples.

Harlow Ballet to present Coppelia at the Playhouse

MORE than 100 performers from Harlow Ballet Association will perform Coppelia at Harlow Playhouse from Thursday, April 7 to Saturday, April 10. Set in a European village the story sees a toy maker create a doll so life-like that a young man falls in love with it. The classic tale shows the doll come to life and compete for the man’s affection with his previous girlfriend.

The Birthday Party set to be celebrated at the Harlow Playhouse

“There’s a gentleman living here. He’s got a birthday today, and he’s forgotten all about it. So we’re going to remind him. We’re going to give him a party.”