Review: Accidental Tourists at The Square 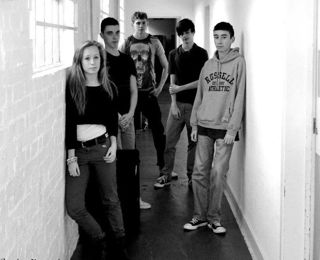 THE bright white lights shone down on the excited young band as they picked up their instruments. Big smiles on their faces meant the audience were in for a good time.

Forty intrigued people were facing the band eager to hear what music they were going to bring to the room. As the music hit the speakers and female lead singer Amanda Ward leaped out the lyrics to the first song, the crowds’ faces dropped. She sounded amazing, like this was a natural thing to her, which it seemed to be anyway. Her voiced filled the audience’s ears with pure happiness.

Photographers were snapping their cameras at the band, getting the best pictures possible, the band not really noticing and just acting casual throughout their set. The band had colourful guitars making the stage really bright with the blue red and purple lighting. After each song that they performed, big cheers filled the room making the band smile from ear to ear.

The previous bands that played before Accidental Tourists were standing right at the front showing their support, making the band feel a lot more comfortable and supported. Excellent eye contact was made to the crowd for the whole set, especially from guitarist Sam Dillin, he made sure he looked at everyone in the room, which made the crowd get involved by singing along and giving great applause.

During the middle of the set, a familiar song was about to be played. ‘Sweet Disposition’ by ‘The Temper Trap.’

The audience went wild, dancing along to the tune and singing their hearts out. Amanda sung the song beautifully and made sure the audience got involved and had a good dance. Keyboard player, Dan Ward, was involved in the vocals of the sung and really put his heart and soul into the lyrics.

Looking at the band and seeing the performance, you would think that Accidental Tourists were already signed. It won’t take them long to get noticed and be snapped up by a record label. Being so young, they have an excellent musical future ahead of them. The Square would be more than happy to have them play again, absolutely brilliant.