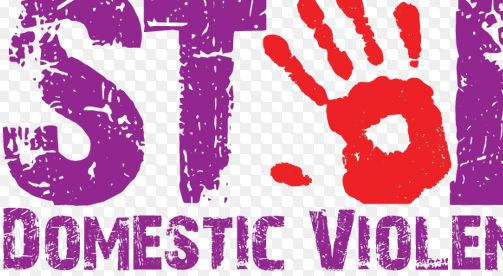 From December 2013 a number of response officers will be equipped with body-worn video cameras enabling them to capture what happens when they attend the scene following reports of a domestic incident.

The use of video cameras to record evidence by officers was first implemented in 2010 but was used inconsistently by a variety of different departments.

Reintroducing the technology has been one of the developments led by Chief Constable Stephen Kavanagh since he joined the force in May.

He said: “Using these cameras will increase the evidence captured in domestic abuse investigations and helps support the force’s drive to have more successful prosecutions of offenders where victims are reluctant to give evidence in court.

“This technology will also assist our bid to place far more focus on the offender. Since July 1, we have focussed on over 100 repeat offenders, gathering greater intelligence about their offending and lifestyle and developing strategies to reduce their opportunity for re-offending.

“We are also working closely with local authorities and have developed joint domestic abuse triage teams (JDATTs). These units are based at Essex County Council, Southend and Thurrock unitary authorities.

“Police officers are based in these units with social care staff to share information where domestic abuse is a factor to safeguard children and victims.”

Nick Alston, Police and Crime Commissioner for Essex, said: “On average, there are twenty crimes of domestic violence recorded in Essex every single day. That is a shocking number, and it is essential that we do everything in our power to protect the victims of domestic abuse and bring perpetrators to justice.

“For complex and varied reasons, victims of domestic abuse are sometimes reluctant to give evidence against the person who has caused them harm. Equipping officers attending domestic abuse incidents with body worn cameras means that evidence will often be captured automatically and directly. I fully support using technology to help ensure that there is no hiding place for those who commit domestic abuse.”

Essex County Councillor Dick Madden, Cabinet Member for Children and Families said: “Reducing incidents of domestic abuse is a huge priority and one that can only be achieved by partners working together. Domestic abuse can have a devastating impact on families and communities and if by sharing knowledge and data we can help prevent just one incident then our partnership and investment is incredibly worthwhile.”

Councillor Angie Gaywood, Thurrock Council’s portfolio holder for public protection, said: “The scourge that is domestic violence has to be stamped out and Thurrock Council is committed to working closely with Essex Police to help achieve this. Protecting vulnerable people is something that doesn’t often hit the headlines unless things go wrong and it is important people realise it is a top priority.”

Councillor Tony Cox, Southend on Sea executive councillor for public protection, waste and transport said: “Although domestic abuse can take many forms and happen to anyone, we want to make sure all Southend residents are aware there is a wealth of support out there, so we’re hosting our own special Domestic Abuse Awareness Day on Friday November 29 to raise awareness about the impact domestic abuse can have on all sorts of people in the borough and highlight the services available to support victims, their families and friends.”

Alex Bamber, Essex Probation’s lead director on domestic abuse, said: “These cameras will be an additional helpful weapon against this pernicious crime, enhancing the likelihood of successful prosecutions and greater safety for victims. Domestic Abuse causes too many deaths every year in the UK, as well as untold daily misery for thousands.”

To further inform officers on the most effective and appropriate ways to deal with incidents of domestic abuse the force has been working with victims to seek their views and experiences following contact with Essex Police.

Focus groups have been held with residents of local refuges and their feedback will be used to shape the evolving picture of how Essex Police works to prevent and responds to incidents.

When a male perpetrator was identified as a target offender, he had been responsible for nine previous domestic abuse offences. Offending also led to issues with neighbours as a result of the volatile nature of the relationship and the behaviour of both parties. Both victim and perpetrator had substance misuse issues and had previously been arrested for domestic abuse offending against each other, all had resulted in no further action being taken due to a lack of evidence from both parties or any other corroborating evidence.

He had previously, however, been charged with public order offences. Since July 1 there were a further two domestic incidents. The case action plan included working in partnership with the local housing authority, sharing information and this resulted in a successful local authority anti-social behaviour injunction application, supported by Essex Police evidence. He is now forbidden from causing harassment/threatening any tenant and from entering the victim’s road. There have been no further incidents since this injunction was issued.

An officer was made aware by a duty social worker of a referral made by the hospital regarding a woman who had gone in with a human bite to her ear which had been caused by her partner.

By checking police systems the officer was able to establish the perpetrator was in custody having been arrested on suspicion of ABH. The officer alerted the Essex Police central referral unit to ensure safeguarding measures were put in place.

Victim reported that perpetrator attended her address and was aggressive towards her. Threats were made and there was a verbal altercation. The JDATT officer checked previous report details and established there was a need for social workers to be aware as a child had been present during previous offences. This interaction enabled social workers to have more information allowing for a referral to be made to their initial response team to review.