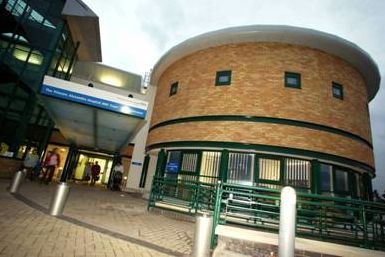 THE NHS must stop turning a “blind eye” to smoking and ban it in all hospital grounds in England, according to new guidance.

One cannot fail to notice the hordes of people smoking in the grounds of Princess Alexandra hospital in Harlow. As they walk to the hospital, in the shelters and then the huddled masses in their wheelchairs or grasping their drips at the front entrance.

The National Institute for Health and Care Excellence said it wanted to see smoking shelters scrapped so patients, visitors and staff could not light up reports the BBC.

Staff should also stop helping patients out of their beds to go for a smoke.

And patients who smoke must be identified and offered help to quit, the guidance added.

It said nurses, doctors and other staff could give brief advice and then refer smokers on to NHS stopping smoking services.

Smoking rates are particularly high among mental health patients with one in three smoking, rising to 70% in psychiatric units.

That compares with the one in five among the general population who are smokers.

The guidance, which is voluntary for the NHS to follow, even suggested staff caught smoking should be disciplined.

The National Institute for Health and Care Excellence (NICE) conceded some parts of the NHS had already adopted these approaches, but said the idea of the guidance was to make sure it became consistent across the health service.

“It has been tolerated by the NHS and it is high time that stopped.

“NHS hospitals and staff have a duty of care to protect the health of people who use or work in their services.

“We need to end the terrible spectacle of people on drips in hospital gowns smoking outside hospital entrances.”

Stephen Dalton, of the NHS Confederation, which represents NHS trusts, said the guidance was welcome.

“A total ban on smoking complements the duty of care on healthcare staff and the organisation to protect the health of people in their care and promote healthy behaviour.”

But Simon Clark, of smokers’ lobby group Forest, said: “NHS staff have a duty of care to protect people’s health, but that doesn’t include the right to nag, cajole or bully smokers to quit.

“Tobacco is a legal product and a lot of people smoke to relieve stress.

“It’s not only heartless and inhumane to ban patients from smoking outside hospitals and clinics, it’s almost impossible to enforce without installing CCTV cameras and employing wardens to monitor the grounds.” 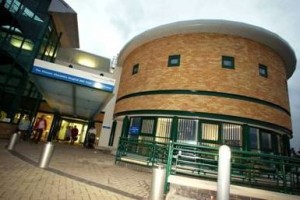