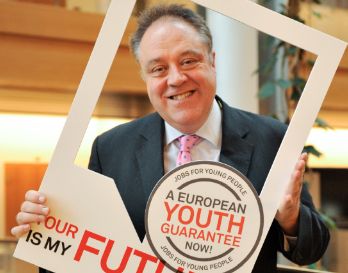 THE striking of Big Ben to herald the New Year saw a further blow to the hopes of Essex unemployed youngsters, according to the Harlow’s Euro MP.

Labour’s Richard Howitt MEP says that Britain is the only country in Europe still to submit a plan to access a £5 billion EU fund to help guarantee a job or training to young people out of work, the deadline for which expired on 31 December.

Commenting on Britain’s failure to apply to use the funding under the EU Youth Employment Initiative and European Youth Guarantee, which were agreed in the parliamentary committee of which he is a member, Richard Howitt MEP said:

“I call on David Cameron to stop wasting time and apply now for European Union funding to tackle the youth unemployment crisis.

“If every other European country has submitted an application for the EU money, irrespective of the political colour of its Government, I cannot understand why Britain can’t do the same?

“Still more than one-in-six of young people in Essex and across our wider region are out of work.

“What kind of message does it send to those young people, when the government is failing to get its act together, come up with a plan and apply for these funds?

“Young people not in employment, education or training are estimated to cost £129 billion a year across Europe, in benefits and foregone earnings and taxes.

“This is an investment we can’t afford not to make.”