HARLOW’S Bush Fair Ward Councillor and Vice-Chair of Harlow Council Ian Beckett has once again pledged to raise funds for Sam’s Mission, an initiative set up by Sam Snelling to support the work of Harlow Hospital’s Neonatal baby unit.

Last year Councillor Beckett raised £1,000 by having his head shaved. Not wanting to be too predictable, this year he has opted, at the end of March, to have his legs waxed – Ouch!

Ian said “I have done my best to support Sam, a true local hero, from the outset. Last year I went a step further and as this year will be Sam’s Grand Finale I felt I had to do something. Since Sam started he’s raised over £8,500. This year he’s set himself a target of £10,000 and if I can help make a small dent in that it would be great”.

Sam said: “The support I received from Ian last year was brilliant, raising over £1000 for the babies at NICU. For him to act in such a selfless way and pledge to undertake another brilliant challenge is great! Ian is a special person who not only goes out of his way to improve Harlow and the lives of the great people who live here, but Ian loves helping those who need it the most. Thank you so very much Ian, can I peel the first strip?”

You can support Cllr Beckett online by following this link http://www.justgiving.com/Sams-Mission. 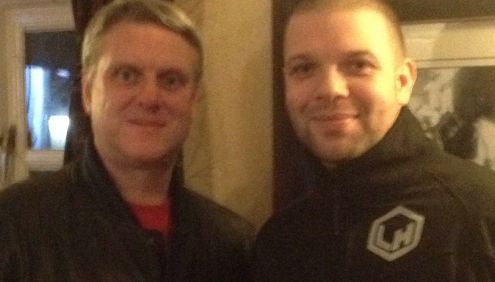 Ian said “On Twitter I’m using the Hashtag #BikiniBeckett but rest assured I won’t be going THAT far!