Accompanying Mr Halfon was his parliamentary apprentice Aaron Farrell who won the joint Apprentice of the Year award in the Harlow Star business awards.

He added: “The O-I Glass apprentice Aaron Farrell is likely to get a full-time job with the company once his apprenticeship has finished.

“O-I Glass is a great company, a huge employer and one of the major glass manufacturers in the UK. It is encouraging that they place such importance in apprenticeships. 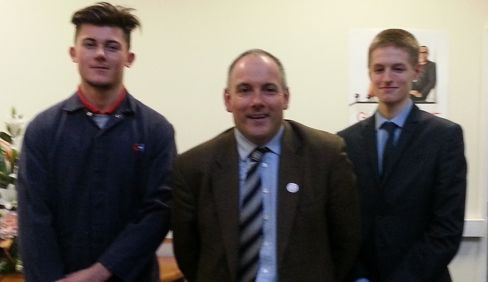 “The number of Harlow apprentices has increased by 86 per cent in the last year alone and companies like O-I Glass are leading the way in apprentice recruitment.