BRANDED ‘The Rat Pack Of Opera’, Tenors Un Limited formed in 2002 and have really made a name for themselves over the 12 years they’ve been performing. 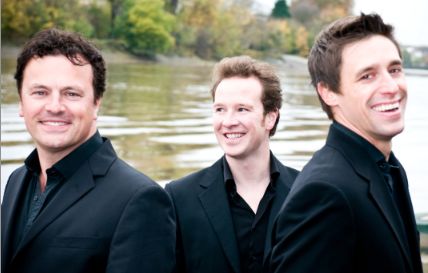 The group are currently supporting their 10th anniversary album ‘Viva La Vita’. As well as two original compositions the album features their own renditions of some well-loved songs. One of the most important to them is ‘Can’t Take My Eyes Off You’, which has been a crowd pleaser for years but never been recorded for fans to own.

This tour they strip back their live set up, losing the full orchestral production and performing alsongside a piano, giving the audience a chance to truly appreciate the harmony of their voices.

Their impressive career has seen them perform many impressive slots, including singing to 90,000 people before the 2011 FA Cup Final and playing alongside the likes of Beyonce, Sting and the Royal Philharmonic Orchestra.