A spectacular seasonal treat as Cinderella flies into Harlow 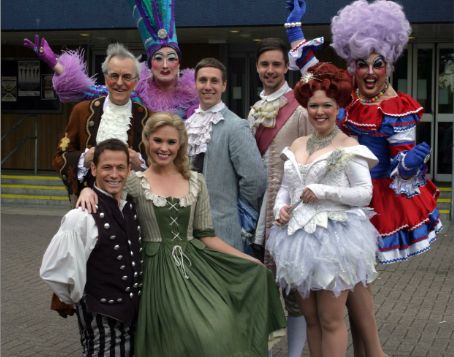 Playhouse and ASH Productions LIVE are delighted to announce the cast of this year’s much-anticipated family pantomime, Cinderella, ahead of its arrival in the premier Essex theatre from Friday 12th December 2014 until Sunday 4th January 2015.

Local actor and television favourite Joe Swash stars as the loveable Buttons in the story of Cinderella, the rags to riches tale of a beautiful girl who wishes for a handsome Prince and a life far away from her nasty Step-Sisters.

Joining the previous King of the Jungle and current “I’m a Celebrity… Get Me Out of Here, NOW!” presenter will be two of the best dames in Pantoland, Harlow regular, Paul Leno and Antony Stuart-Hicks, who will bring a double-whammy of hilariously sharp wit and a plethora of outrageous costume as the indomitable Ugly Sisters.

The Producer’s are delighted to introduce Lauren Nevin in the title role. Nevin, who is originally from Tallaght, Dublin will be making her London debut in the production. This year is full of successes for Lauren who has just won her coveted role of Sandy in Grease the Musical at Dublin’s Gaiety Theatre prior to taking centre stage in the Playhouse’s spectacular pantomime. Completing the casting for this fun-filled family show is an array of West End talent including: Rachel Cantrill as Fairy, Dudley Rogers as Baron Hard-Up, James Poole as Prince Charming and Joshua Dowen as Dandini and a full supporting company.

Producer and director Antony Stuart-Hicks said, “We couldn’t be more excited about this production; a superb cast, live band, spectacular scenery and brand new costumes along with the very best of local PQA talent. It promises to be a fast –paced, laugh-out-loud production of the country’s most loved fairytale.”

Playhouse Theatre Director Scott Ramsay added “It’s great to focus our combined experience on producing the very best show for Harlow and the surrounding region. We see a huge number of new customers take advantage of the Playhouse panto every year, and this year we are building on value for money with our free play area and Winter Wonderland Experience. We are also looking forward to welcoming customers who might not normally feel comfortable in a formal theatre setting through a ‘relaxed performance’, which will be held on Saturday 3rd January at 11am.”

Written by David Phipps-Davis and directed by Stuart-Hicks, this fun-filled family show will feature young performers from The Pauline Quirke Academies (PQA Harlow & Bishops Stortford) is proudly sponsored by Holiday Inn Express Harlow and is supporting local charity No Child Without.