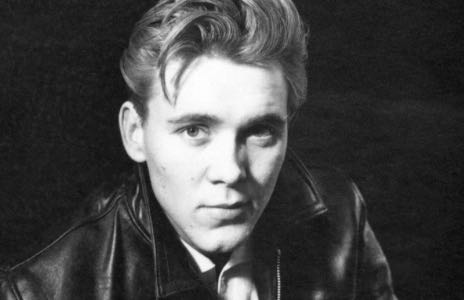 FOUR giants of the Rock ‘n’ Roll world come together for the first time at the Playhouse Harlow for BE BOP A LULA!

Eddie Cochran, Gene Vincent, Billy Fury and Roy Orbison will be brought to life on stage in Harlow. Backed by some of the UK’s finest musicians, Gavin Stanley and Lars Young recreate these legends with passion and a very real ‘feel’ of the artists and their music. This is your chance to catch the show locally before it heads to the West End.

Your Harlow spoke to Gavin Stanley who plays Eddie Cochran and Billy Fury in the musical.

YH: How would you best describe the music of the artist feature in Be Bop A Lula to younger audiences who might not be so familiar with their work?

“There’s actually big demographic of kids into the music now, with the whole rockabilly scene. Eddie and Billy paved the way for almost anything you hear today, their influence is everywhere and kids are still discovering rock n roll like it’s a really exciting new thing.”

“The amount that they have contributed to music is huge and the music deserves to be remembered. The sprit of rock n roll has been lost lately and this show aims to bring it back.”

YH: What reception are you hoping to get tonight in Harlow?

“Wherever we’ve played the show has been really well received, we’ve had standing ovations in many places. As long people enjoy themselves, and enjoy the music and at the end of the show people are up and dancing and letting their hair down.”

Ticket’s for the biggest rock ‘n’ roll party in town are still on sale and can be purchased from the Playhouse box office on: 01279 431945