Was your jewellery stolen by bare-chested teens? 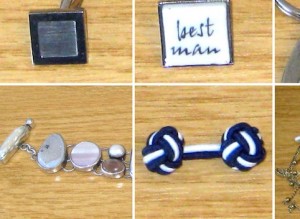 DETECTIVES have appealed for information to find the owners of jewellery recovered in Harlow. A police dog handler discovered the items in a field near Berecroft after four youths were seen acting suspiciously in the area.

Officers were called at about 1.30pm on April 21 when four teenage boys were seen running from the area bare-chested but with their T-shirts tied over their faces.

Although the four youths were not traced, a rucksack containing the items in a mirrored jewellery box and a ‘Dulwich Design’ cufflink box was found by the police dog during the search for the suspects.

Pc Louise Howell of Harlow CID said: “We have made enquiries locally but the jewellery has not been reported missing or stolen in Harlow.

“We believe that the items were lost or stolen and we hope that the rightful owner will see the photographs in the local media or on social media and will call us.”

Anyone with information or anyone who can identify the jewellery in the attached pictures should contact Pc Howell on 101 or call Crimestoppers anonymously on 0800 555111.