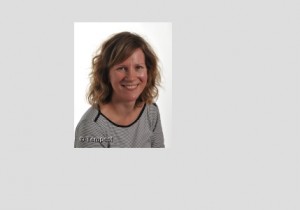 A NEW head has been appointed to take Roydon Primary School on the next step of its journey.

She will take over the reigns at Roydon Primary, in Epping Road, Roydon, from outgoing head of school Gill Doyle in September.

Mrs Elliott joined the BMAT family last September, returning from a life in Spain where she was deputy headteacher in a private school to rekindle her British teaching career.

With her roots in London, Mrs Elliott was keen to take on the challenge of teaching in an area with high levels of deprivation, a stark contrast to life in Madrid.

She said: “I have learnt children in Harlow might have their challenges, but it does not stop them from striving for and achieving their best.

“During my interview at Roydon, I was posed questions by pupils and it was the most challenging part of the whole process. Their questions were incredible and they knew what they wanted to get out of me.”

After just one year at Cooks Spinney, Mrs Elliott is sad to leave behind the children she calls “amazing”. But, she is looking forward to forging great links between the two sister schools.

She said: “My plan was to aim for a headship within a couple of years, but I have been given this opportunity now and I am ready for the challenge.

“Being a part of BMAT is about sharing best practice and about helping each other to strive for our mutual goal of being world class. The fact I have worked at Cooks Spinney alongside head of school Stuart Pope means we can now really move forward together.

“I have enjoyed networking with my colleagues in our other schools; that has been a great experience for our children and for me professionally. My move from Cooks Spinney to Roydon is a very positive one for the Trust as it builds those stronger links.”

Mrs Elliott has spent some time at Roydon to get to know the school, children and staff before she takes up her post.

She said: “I have a plan to get to know the school and its community first. I do not want to change anything that is working well. I will spend a few weeks and months looking carefully at what’s going on and from there, I will make plans for the school.”

The fluent Spanish speaker does plan on setting up a Spanish club and introducing philosophy into each and every lesson.

Mrs Doyle, who leaves her post at the end of the summer term to take on a headship elsewhere, said: “I have hugely enjoyed my time at Roydon. I am leaving a school which is filled with hardworking, kind and caring children; staff who work tirelessly to provide the best they can for each child and parents who support us each and every day.

“I know the children in our care will grow to be effective citizens of the world and I am proud to have played a part in that.”