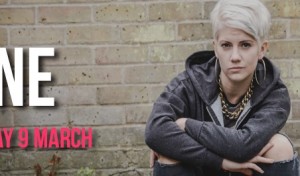 STANDING ovations are rare events these days but that is exactly what the audience at the performance of Spine at the Harlow Playhouse gave last week.

Harlow actress Kirsty Brough was a force of nature as she held the audience’s attention for over an hour.

The play by Clare Brennan was provocative and superbly written and asked so many questions as it delved into the matters facing the young girl in the twenty-first century.

It would be great to see this play tour and get the exposure it deserves.

If you don’t believe our reviewer then here is what another member of the audience thought.

“It was a great night! I have to say, in all the 20 or so years that my wife and I have been going to the West End, I can honestly say this was probably one of the best solo performances we have ever seen! I can’t stop thinking about it. Kirstie was brilliant with so much emotion and energy, to hold the audience for an hour and to get a standing ovation at the end was a mark of a true professional!

“It was a shame it was only a one night show as people must see this!.