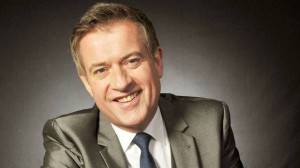 ONE of Ireland’s best loved entertainers, Dominic Kirwan, is bringing his ‘Here for a good time’ tour to the Playhouse on Wednesday evening (18th May).

Come along for an evening of live music filled with some of Dominic’s most famous hits and well known songs over the years.

Dominic has been described as the ultimate presence on stage, at ease with songs such as “Like Father Like Son” to “Noreen Bawn” from “Absent Friends” to “Some Girls”.

The show is an eclectic mix of songs that are just begging to be sung in Kirwan’s own style.

Over the years, it has been impossible to pigeon hole Dominic into one set style and this has been one of the ingredients that has allowed him to stay such a popular figure on stage over time.

He comes from the County of Tyrone where some of Ireland’s best known musical talents also hail and has been entertaining professionally since 1989.

He took to the stage of Omagh Town Hall to dance in a Feis at six years of age and that has been his home basically ever since.

Audiences big and small of all ages have enjoyed the genial talent that is Dominic Kirwan, from the Shetlands to Lands’ End, from Malin to Mizzen with the USA, Australia, New Zealand and a fair bit of everywhere else in between thrown in for good measure.

This is a show suited not just to Kirwan’s loyal fanbase but also to lovers of music everywhere.

The show at the Playhouse begins at 7:30pm.

Tickets can be purchased either from the Harlow Playhouse website www.playhouseharlow.com or by calling the box office number 01279 431945.