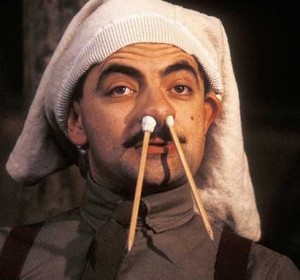 HEAD to The Victoria Hall Theatre from 20th July and see your favourite characters from the comedy classic Blackadder. Edmund has taken up with the dizzy Queen and her daft Nurse. Blackadder, supported by his manservant Baldrick and sidekick Lord Percy, will find themselves thwarted by his adversaries including Lord Melchett.

In staging this interpretation HTC will bring three episodes to life where you will see Edmund’s wedding plans go awry, his potential legacy evaporate and his enduring torture at the hands of evil Prince Ludwig.

Blackadder runs from 20th July to 23rd July at 8pm and a matinee on Saturday at 3pm.

Tickets are selling fast and can be purchased from www.ticketsource.co.uk/harlowtheatrecompany