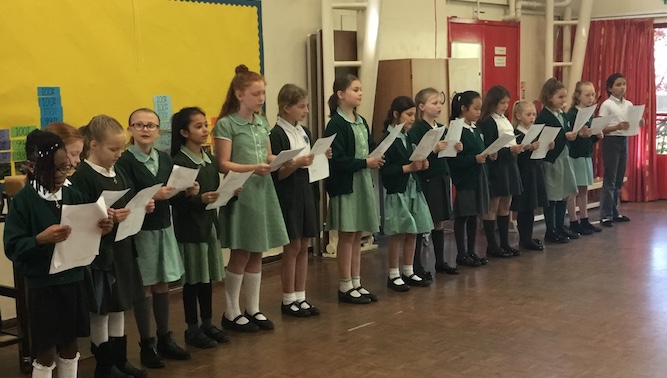 Confident young speakers are taking over assemblies at their primary school.

PUPILS at Cooks Spinney Primary Academy, in Harlow, are stepping up to the challenge of hosting their own ten-minute assemblies.

From January, at least one assembly each week will be planned and led by pupils who will put forward their ideas in an application process.

Headteacher Neil Stirrat will interview candidates who will outline what they would like to talk about. Successful pupils will be given an official letter from the head booking in their assembly slot.

The school already has weekly Spinney Speaks sessions which inspire pupils to enter into discussions in lessons about a range of topics as a way of boosting their vocabulary.

By taking the initiative one step further and into assembly, the aim is to increase pupils’ confidence and abilities in public speaking.

Mr Stirrat said: “We want to improve children’s confidence in public speaking and give them ownership of assemblies. It will get them thinking about what other children might want or need to know.”