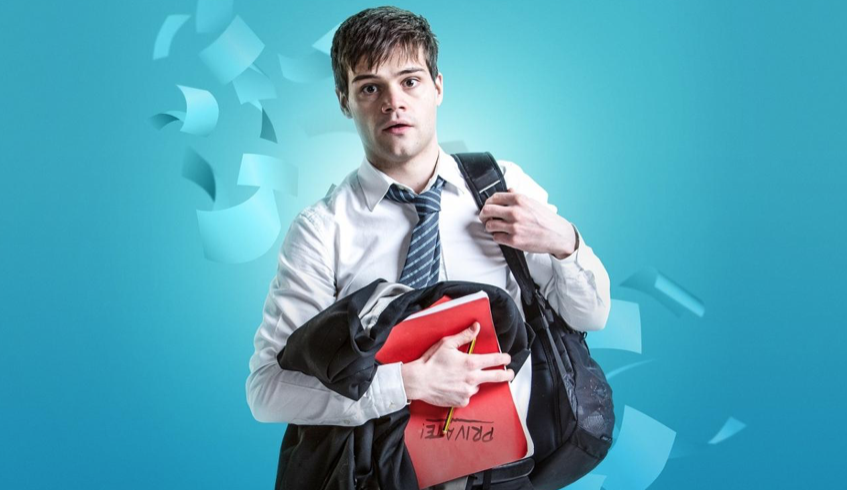 FIRSTLY, it was a pleasure to see former Harlow resident Theo Ancient, return to the stage in his home town.

Theo plays seventeen-year-old Callum who says he is proud to be shy. The Shy Manifesto is described as a bittersweet coming-of-age comedy drama about a shy boy who is fed up of constantly being told to come out of his shell.

Theo dominates the stage with a physical as well as cerebral performance sounding like a 21st century David Copperfield. His speech is full of archaic phrases such as “Bedchamber” and Mama and Pater”. However this is a 21st centre boy with a timeless problem.

Other characters are depicted simple props such a scarves, handbags and headphones. In fact it is his interaction with Naomi, in the guise of the headphones, which is used really effectively. Theo also plays a character called Gilbey, who comes to have a pivotal role.

The first part is dominated by his justification for being shy. The second part describes what happens at a party and the subsequent fallout. Needless to say there is a big role for social media.

Having seen the play and greatly enjoyed it, you wonder if his shyness is a manifestation of a typical seventeen-year-old’s state of confusion. It could be the confused manifesto.

From the opening line, when Callum bursts into life, Theo holds the audience’s attention. That’s not easy to do but this is a very well paced piece with an effective set, great use of lighting and a water-tight script.

Most of all, it is the performance of Theo Ancient that makes it a success. Callum is played with pathos and passion, where in other hands it could be rather desperate and neurotic. A bit like Morrissey!

In the end, there may have been people in the audience who were or are shy or who have had those gauche or awkward moments and this play may well have spoken to them.

This really is a piece that should play to schools and colleges. This reviewer interpreted the “party incident” as something of a dark turn and saw a great contrast in making an idiot of yourself in 1979 or even 2009 and doing the same in 2019. Certainly worth discussing.

One Response to "Review: The Shy Manifesto"