CHILDREN stepped into a fairytale world as they were immersed in literature for a day.

World Book Day at Cooks Spinney Primary Academy, in Harlow, saw pupils drawn into a fairytale storyline which developed throughout the day. 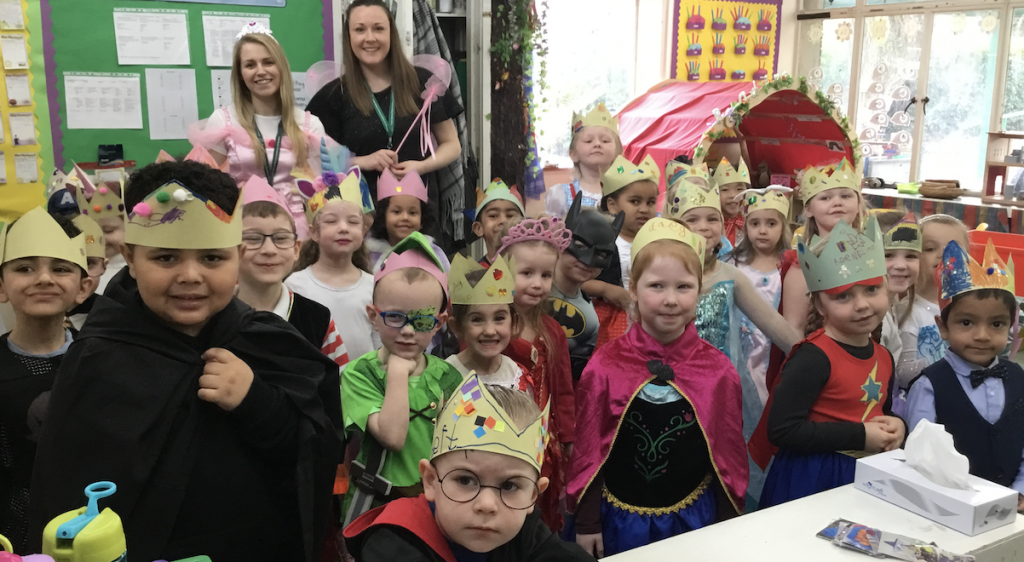 The excitement started in assembly when they were told their assistant head of school had said a series of magic words to bring mythical creatures to life.

Pupils then spent the day in search of three magic objects – magic beans, Cinderella’s shoe and Captain Hook’s hat – to send the creatures back.

Every classroom offered a different activity – including wand and shield making, decorating photos of teachers in fairytale outfits, building Rapunzel’s tower and making bookmarks – with pupils moving around and taking part.

Matt Grier, enriched curriculum lead, said: “We held three assemblies throughout the day to keep the storyline moving. There has been a lot of excitement.

“The aim of the day was for children to have fun, but also to get them interested in a particular genre of books.”