Massive rise in number of empty homes in Harlow 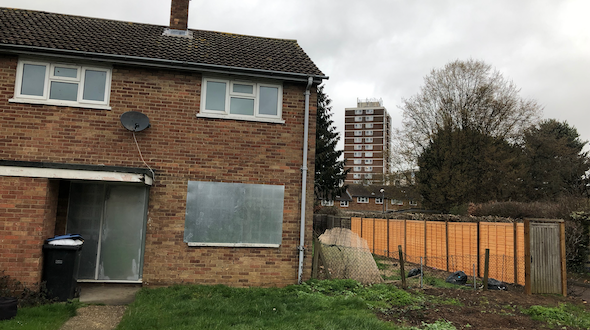 THE number of homes left empty in England for at least six months increased by 5.3% in the 12 months to October 2018, the highest level since 2012, official figures show reports property wire.com.

The figure for Harlow is 43.1%. Over the next few weeks, YH will be investigating why this is so and what can be done about it. We will be looking at both empty council home figures (see picture) as well as private sales.

It is the second year in a row that long term empty home numbers have risen. In the 12 month period they reached 216,186 and a steeper rise than the 2.6% recorded in the previous year, the data from the Ministry of Housing, Communities and Local Government (MHCLG) confirms.

Before two years ago the number of empty homes had fallen every year since 2008 and a new analysis from modular home builder Project Etopia suggests that long term vacant homes now account for £53.6 billion worth of property.

Birmingham had the highest overall number in the country with 4,283 long term vacant homes, more or less unchanged on the previous year with a rise of 0.07%, followed by Durham with 4,130 was down by 9% and Bradford with 4,090 recorded a rise of 4%.

‘This remains a national scandal that isn’t going away, pointing to a collective failure to really get to grips with this problem,’ said Joseph Daniels, chief executive officer of Project Etopia.

‘The stubbornly high number of empty homes is compounding the housing market’s deeply entrenched problems with lack of supply remaining a key driver of high prices and low affordability,’ he explained.

‘New homes are not being built fast enough and the constant spectre of abandoned properties aggravates an already tough market, particularly for first time buyers who desperately want to claim the keys to their first property,’ he added.