Laura McAlpine, Labour Parliamentary Candidate for Harlow and the Villages “5,980 households in Harlow are set to be affected if free TV licences for over-75s are scrapped altogether under this Tory Government”

LAURA McAlpine, Labour’s Parliamentary Candidate for Harlow and the Villages has condemned the Government’s decision to outsource the financial responsibility of free tv licenses for over-75s to the BBC. 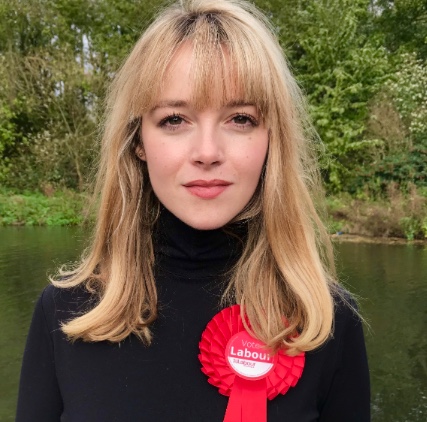 Ms McAlpine said: “This Government has broken their Manifesto promise and now millions of older households are faced with the prospect of losing their free TV licences. We were promised that people over-75s would keep free TV licences until the end of this Parliament, that is until 2022, but the Government has outsourced the responsibility and financial burden of free licences to the BBC, and they are now set to be curtailed, or cut completely from 2020.

“5,980 households in Harlow are set to be affected if free TV licences for over-75s are scrapped altogether. Under the Conservatives, the elderly and most vulnerable are always hit the hardest. In Harlow we’ve campaigned against library closures, the shutting down of Osler House GP surgery, bus cuts, and now we are fighting for the over-75s to keep their free tv licenses.”

Age UK has found that over two million over-75s would have to go without TV or cut back on essentials such as heating or eating if the concession is scrapped, and 50,000 pensioners could be pushed below the poverty line. 1.6 million over-75s live with a disability. People who have serious mobility issues and may not be easily able to leave their homes could lose their TV licence if the benefit is scrapped altogether.

The Labour Party believes that older people deserve better than this, if you agree then please sign the petition: https://action.labour.org.uk/page/s/tv-licence