Harlow Labour slam Conservatives for voting down motion on trail-hunting 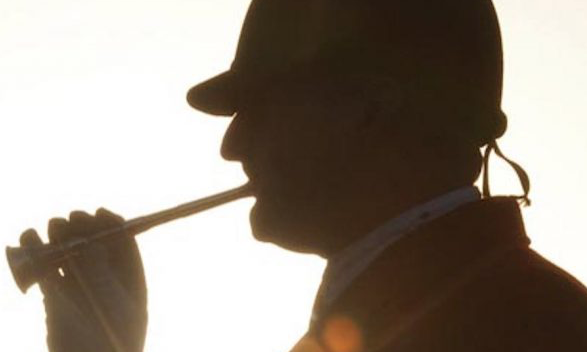 Moved by Labour Councillor Scordis and seconded by Councillor Davies, the motion read: “This Council notes that the hunting of wild animals with dogs is illegal under the terms of the Hunting Act 2004, except where an exemption applies.

“This Council therefore calls upon the Cabinet not to allow any future trail hunting and exercising of packs of Fox hounds on Essex County Council land.”

Councillor Lee Scordis urged the Council to support the majority in banning the sport, backed up by former MP of Harwich Councillor Ivan Henderson, one of the MP’s who pushed the Hunting Act through in 2004.

The debate saw the Labour Group speak passionately about protecting animal life, however the trial hunting motion was voted down by all Conservatives present – who dismissed all concerns.

Councillor Shannon Jezzard, Harlow Labour Councillor for Netteswell ward said today: “We need to hold the County Councillors present at the meeting to account. This includes Councillor Mike Garnett who is also a Councillor on Harlow District Council). It is completely unacceptable that they are still allowing this barbaric practice and so called ‘sport’ to continue on Council land.

“15 years after the Hunting Act 2004 was passed, we are still seeing evidence that not only is the legislation being flagrantly ignored, it is being regularly exploited by hunts across Essex with so called ‘trial hunting’ or ‘pest control’ being used as a cover for lethal hunts in which foxes are chased and often killed or left suffering.

“In cases where the foxes are not killed, they face great amounts of mental stress and physical trauma. Then there is the situation with dogs that are bred to hunt, only to be cruelly culled when they fail to live up to the hunters’ standards.

“With more than 8 out of 10 people agreeing that fox hunting should continue to be illegal – Essex County Council – and namely Harlow’s County Councillors, are not respecting their electorate.

“Fox hunting, as well as trial hunts are barbaric, inhumane and highly unethical. We can’t continue with the argument of traditionalism, as it’s clear that the majority of people wish to see this practice stop for good.

“We need to lobby our County Councillors to tell them to reverse their decision on the Essex Labour Group’s Hunting motion, and say NO to trial hunting on County Council land. I would urge every resident who shares these concerns to write to their Essex County Council representative. Their contact details can be found here: https://www.essex.gov.uk/Your-Council/Councillors/Pages/Councillors.aspx

“Our County Councillors have already failed to speak out and vote against the potential library closures across Essex – a service that benefits thousands and thousands of people every year – and yet in failing to take part in the vote or attending and voting against it as Cllr Garnett has done – they have protected hunting, a “sport” enjoyed by a tiny minority of the population.

“Let’s take a stand against this unnecessarily barbaric animal cruelty and exploitation of the law – and hold our County Council representatives to account.”