THREE people are due in court today, Thursday 12 September, after Police executed warrants in Harlow and Tottenham.

Lara Myers, 22, and Louise Myers, 30, of Orchard Croft, Harlow, and Arron Leon, 21, of Primrose Avenue, Enfield, were due to appear at Colchester Magistrates’ Court charged with possession with intent to supply cocaine and cannabis. 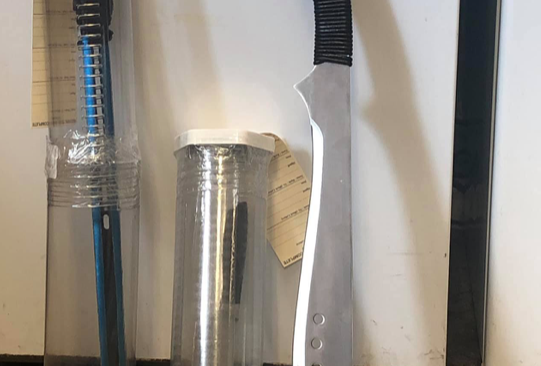 A number of items were seized including a Taser, a police baton, knives, drugs and an imitation firearm.

Chief Inspector Natalia Ross, District Commander for Harlow, said: “Keeping our communities free of drugs and weapons is one of our top priorities.

“Our work yesterday was part of our ongoing plan to keep Harlow safe from violent crime and I’d like to thank my officers, including our Community Policing Team, for their continued commitment in helping us to achieve this.”