THE hunt is on to find special painted Poppy rocks around the town, which have been made by local people. 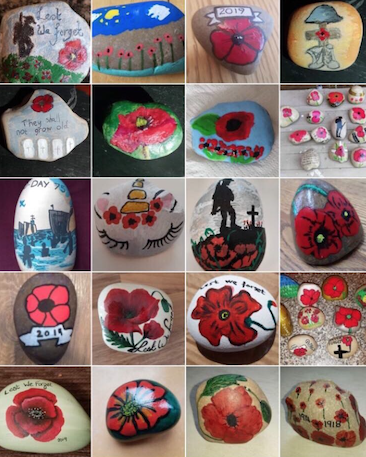 There are a total of 129 rocks, one for each of the 128 soldiers from Harlow who died in World War One and one special rock to commemorate the 75th anniversary of D-Day.

Each rock links to one of the soldiers and has a number on the back. Residents who find a rock can bring it to the Civic Centre (Monday to Friday between 9am and 4.30pm) where they will receive a certificate about the soldier.

Harlow Council has teamed up with the popular Facebook page Harlow Rocks to run this project. On this Facebook page residents will find clues to where the rocks are.