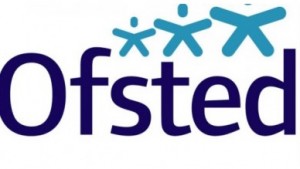 HARLOW schools will face tougher checks that include Ofsted inspectors arriving in classrooms without notice, Boris Johnson has pledged.

The Prime Minister also wants to extend the length of inspections in secondary and large primary schools from two days to three. The extra day would focus on behaviour, bullying and extra-curricular activities such sport.

Rules will also be changed so that schools rated ‘outstanding’ are no longer inspected on a less frequent basis.

Mr Johnson said: ‘In the past decade, the hard work of teachers and our school reforms have meant record numbers of children in good or outstanding schools – more children having a good education and learning the knowledge and skills they need to go on and live a fulfilled life.

‘Now, in the decade to come, these plans along with the additional £14billion that we are putting into our education system will help to keep that number rising.

‘But there is something else we need to do so that we can really focus on making our schools the best in the world – end the gridlock in parliament and get Brexit done.’

He said: ‘Ofsted is an independent and trusted source of information for parents and teachers. Without independent inspections school standards would fall and our children would be less safe.’