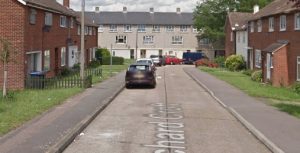 A MAN’S been charged in connection with an incident where it was reported someone was seen with a knife in Harlow.

Police received a call at around 10.55pm on Monday 18 May reported a man had been seen with a knife and making threats in Orchard Croft.

Officers were at the scene around five minutes later and a 30 year-old man was arrested.

Matthew Taylor, of Spinning Wheel Mead, Harlow, has now been charged with possession of a knife in a public place.

He is due to appear at Chelmsford Magistrates’ Court today (Wednesday 20 May).