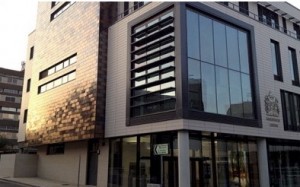 A HARLOW woman has been jailed for spitting in a female police officer’s face.

On 18/01/2020 at Harlow assaulted, an emergency worker, namely a police constable, acting in the exercise of her functions as such a worker, by beating her.

On 18/01/2020 at Harlow with intent to cause two police officers harassment, alarm or distress used threatening, abusive or insulting words or behaviour or disorderly behaviour thereby causing that or another person harassment, alarm or distress and the offence was racially aggravated within the terms of section 28 of the Crime and Disorder Act 1998.

Richards was committed to prison for four months concurrent.

Reason: Offence so serious because aggravating feature- were drunk and almost three years ago faced identical situation.
Again spat in officer face same hallmarks as last offence but not as violent.