Hundreds gather to give thanks on Armistice Day

AROUND 250 people observed two-minute silence at 11am today outside Harlow Civic Centre and at Potter Street Memorial Cross to remember the sacrifice of the men and women of the Armed Services who gave their lives in the service of their country.

Council want to build archive of Black people in Harlow

THE Essex Record Office (ERO) is inviting people from Black, Asian and Minority Ethnic (BAME) communities to share their pictures, memoirs and memories – to help build up a more substantial archive on the history of BAME people in Essex. 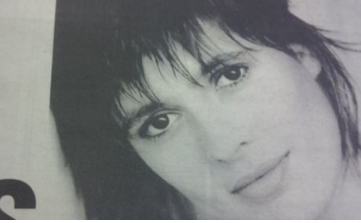 THE Marchioness disaster occurred on the River Thames in the early hours of 20 August 1989. The pleasure boat Marchioness sank after being run down by the dredger Bowbelle, near Cannon Street Railway Bridge.

Get knitting to remember the heroes of World War One

RESIDENTS are being encouraged to knit poppies for a special display in the entrance of the Civic Centre as part of Harlow’s World War One Centenary.

THE last 2 flying Lancaster bombers flew over North Weald Airfield twice on their way to public displays. As part of the transits between displays, the two Lancasters have flown over the Airfield twice so far. One of the Lancaster bombers, named Vera, is visiting the UK from Canada. The other named Thumper, is based at RAF Coningsby in Lincolnshire, where both are currently based as part of The Royal Air Force Battle of Britain Memorial Flight (RAFBBMF).

THE Essex Sound and Video Archive needs your help before a treasure house of fascinating local interviews can be copied digitally and shared more widely.

MARSHALL was born in Manchester, in 1887, his family moved to Oxford Road, Acocks Green, Birmingham, around 1894, his father being a draper. James Neville went to King Edwards School, and after leaving worked at the Birmingham and Midland Institute and Birmingham University. He studied veterinary practice, then worked in this field in Harlow, Essex. He started off the First World War in Argentina, buying horses, but then enlisted in the Irish Guards.and is commemorated in both the St.Marys (Churchgate Street) and Old Harlow Baptists’ Church on their memorials to the fallen of Harlow.

Harlow Council is working with a number of individual residents and groups, including churches, schools, art groups, the museum and the Royal British Legion. We want to ensure that our community is able to remember those who made the ultimate sacrifice, as well as those who came home, along with the contribution of women and members of many diverse and ethnic groups.

How my funny blood started my interest in family history…….

In her own words, Anne Simmonds explains: “It was having ‘Funny Blood’ that got me into Family History. In 1975 my daughter Bernadette was admitted to hospital needing a blood transfusion. During the next three weeks I and two more of my children also had to have blood transfusions.

A NEW workshop teaching how to search publically available records for fascinating First World War stories of life at home and abroad is being held at the Essex Record Office on Thursday 3rd April. The workshop forms part of ERO’s contribution to the commemorations of the centenary of the outbreak of the First World War.

BUILDERS and contractors in Essex should continue to recognise the importance of the county’s 14,000 listed buildings by using the appropriate materials to repair and conserve them – says County Councillor John Jowers, whose advice accompanies the release of the April 2014 to March 2015 Traditional Building Skills and Building Conservation brochure of courses and lectures.

DIGITAL images of parish registers of baptisms, marriages and burials from the ancient parishes of Chingford, Leyton and Walthamstow, and newer parishes created in the area in the late nineteenth and early twentieth centuries, are now available at www.essexancestors.co.uk.

IN JUNE it will be 70 years since the loss with all hands of HMS Sickle, the warship adopted by the towns of Epping and Harlow during warship week in 1942.
The people of Epping, Harlow and villages raised £176,000 to sponsor the vessel, which was commissioned in December 1942. Sickle spent most of her active service in the Mediterranean the stories of her patrols during the war have been collated by local historian John Duffel, and and can be found here

FILM OF Harlow from the by-gone era is hard to come by. YH believes there is probably miles of footage tucked away in attics in the town. But we have plans for that. Meanwhile, YH has unearthed a piece of film which looks at Bishopsfield in 1969.

When Eusebio came to Harlow

IT WAS sad to hear that the famous Portuguese footballer, Eusebio had passed away aged 71. But for many Harlow residents of a certain age, they will recall the time that (in May 1968) that the Benfica side came to stay at the Saxon Inn (now the Park Inn) in Harlow.

AS part of our Harlow histories piece, we went down to Old Harlow to cast our camera over this fascinating piece of sculpture called “Help”. It was unveiled in 1977 in The Stow but has been moved for the obvious reasons.

THERE IS something about the Clocktower that somehow straddles decades of Harlow history. Perhaps it is the image of the clocktower striking 6 0’clock in the late 19th century, a time that would tell those working in the fields that it was the end of the day. And then it was the day, chronicled by the historians, when the Arkwright family, signed over the land to the builders of the new town.

IT was given by our last Saxon king to the abbey of Waltham which he loved so well, and there is on the wall of the 700-year-old church a brickwork panel with the emblems of Abbot Rose of Waltham who died in the last year of the 15th century; it shows a double rose between two long-tailed lions, with a crozier and a hare below.

AS part of our ongoing series of Harlow histories, we popped into the Harlow Civic Centre to have a look at the work of Leon Underwood called “Not In Anger”.

THREE generations of Harlow MPs gathered together to unveil a plaque in memory and celebration of Sir Winston Churchill. The former prime-minister was MP for Epping Forest between 1923 and 1945. The constituency included Harlow. Robert Halfon was joined by Bill Rammell and Stan Newens as well as chair of Harlow Council, Linda Pailing as the plaque was unveiled at Victoria Hall in Old Harlow.

Plaque to Churchill set to be unveiled

THERE WILL be an unveiling ceremony of a plaque to Winston Churchill. It is at the Victoria Hall, St John’s Road, Old Harlow at 3.00pm on Friday 4 October 2013. Former Harlow MP Bill Rammell and Council Leader Linda Pailing will be there with Robert Halfon MP doing the unveiling.

ALL events are free and illustrate the amazing history of Harlow, from a Norman chapel through the Arkwrights’ Victorian family home to modern post war planning. The Princess Alexandra Hospital NHS Trust has agreed to open Parndon Hall for the first time for Heritage Open Days and visitors will see the art of Elizabeth Arkwright.

MANY PEOPLE pass by The Obelisk in the middle of the Broad Walk in Harlow but may well wonder, what it is and how it got there. It was one of the last pieces of sculpture by Sir Frederick Gibberd and was erected in 1980 to commemorate the establishment of Harlow New Town in 1947. […]