The story of Chaplin set to come to the Harlow Playhouse 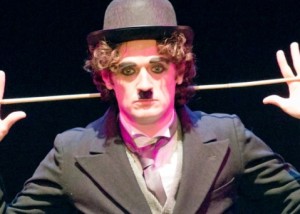 A heart-warming and powerful story told through the eyes of a young boy on his journey through the dark streets of Victorian Vaudeville London to the glitz of early Hollywood. This story follows Chaplin through his early career, showbiz ambitions and often-fractious relationship with his mother, family and his first love.

Full details of performance in Saturday July 23rd at www.playhouseharlow.org