A WOMAN from Harlow has been announced as one of the finalists in a search by the UK’s leading retirement housebuilder, McCarthy and Stone, for the Inspirational Generation – a nationwide competition to find and reward those over 60 with an inspiring story to tell. 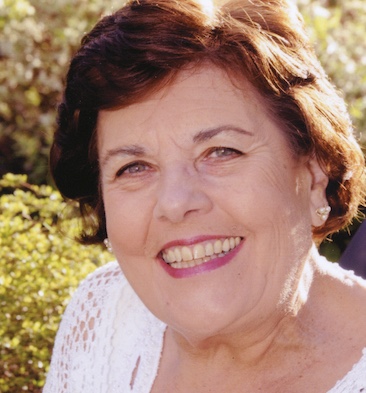 Ann Gillanders, 78, has seen off stiff opposition from across McCarthy and Stone’s North London region, and has been shortlisted as a regional finalist along with two others from Southend on Sea for their amazing feats and achievements.

Ann, who contracted polio at the age of 10, and has been a wheelchair user for the last 20 years, living by the saying “where there is a will, there is a way.” Having been introduced to reflexology in her late twenties; Ann trained as a practitioner before eventually setting up her own Practice. She later founded The British School of Reflexology and has travelled the world lecturing and teaching on the subject. She has written sixteen books for Gaia books Ltd, with the sales of the books reaching 1.5m in 36 languages. She has also and made two DVD’s on Reflexology – and she still practices in Harlow.

The Inspirational Generation competition was launched by McCarthy and Stone to put the spotlight on the nation’s baby boomers, and to celebrate the many ways older people inspire the younger generation.

In June, one national winner will be selected by a panel of judges including TV and radio personality, Gloria Hunniford, and awarded a cash prize of £2,000. Nine regional winners will also each receive £200 to be donated to their charity of choice and a £50 hamper.

Ann, commented: “I decided to enter the search for the Inspirational Generation because many people have contracted polio; and, rather than let it define me, I used it to learn and achieve so much more than I ever thought I would. It would be great to win the competition and showcase the fantastic work of the school and practice.

“I think it’s important we recognise the achievements of older people because we are fighters, and it’s important for people to remember it’s not what happens to you, but how it shapes you.”

Stephen Rolt, Regional Sales and Marketing Director for McCarthy and Stone North London, said: “Our search for the Inspirational Generation not only resulted in a high level of entries, but the standard was truly remarkable. Many people came forward with tales of triumphs over adversity, the most wonderfully colourful life stories, and chronicles of achievements and experiences – and each and every individual entry demonstrated just how inspiring today’s older people are.

“Shortlisting was an incredibly difficult task and we are thrilled that Ann is a finalist in McCarthy and Stone’s North London region. Our congratulations go to all our finalists for getting the recognition they deserve and we wish them all the best of luck in the next stage of the competition.”

For more information about McCarthy and Stone and to find out more about your nearest development in North London, please call 0800 201 4811 or visit www.mccarthyandstone.co.uk.