AN estimated 1,000 people marched on County Hall on Saturday (February 9) to protest against County Council plans to drastically reduce the Library Service in Essex.

In a bid to slash costs by £3.7m, 25 of the county’s 74 libraries have been earmarked for closure by 2024. This includes three of Harlow’s five libraries – Mark Hall, Tye Green and Great Parndon. 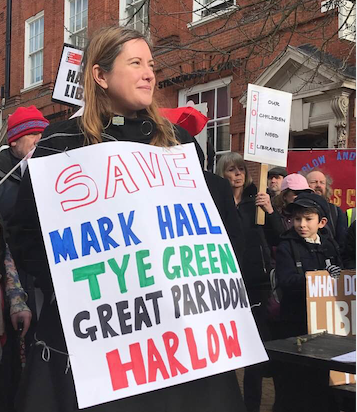 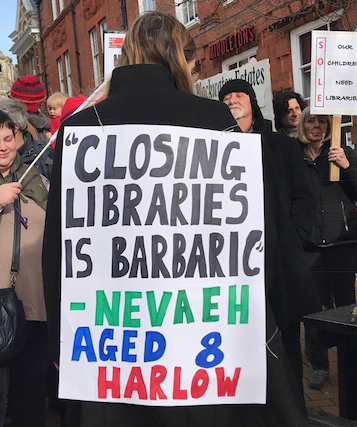 A large and passionate group from Harlow took part in the demonstration including teachers, parents, children and retirees.

“If many of the smaller libraries close, these people will be cut off. I’m incredibly proud to be part of such a strong community standing up for our libraries and librarians who mean so much to the young and old in Harlow and across Essex. I hope that Essex County Council heard us today. They haven’t heard the last of us.”

Also at the demonstration was Harlow Labour Councillor Tony Edwards who told the crowd that if Harlow lost three out of its five libraries we would go from having one library per 17,000 people to one library for every 40,000 people. He also described the town centre library as a “disgrace and in desperate need of investment”.

Speaking after the demonstration Cllr Edwards said: “It was great to see such a good turnout in Chelmsford opposing the Essex Library cuts. There was clearly a strong determination to build this campaign and keep all our libraries across the County open and to invest in them and make them fit for purpose.”

Anyone wishing to support the campaign to save Harlow’s libraries is encouraged to take part in the County Council’s Consultation by visiting https://libraries.essex.gov.uk/libraries-consultation/complete-the-survey/ You can also do the survey over the phone by calling 0345 603 7639. DEADLINE 20 FEBRUARY.

Facebook users are encouraged to join the Save Our Libraries Essex (SOLE) Facebook group to keep up to date with latest meetings and events.