A FORMER Harlow teacher battling a rare disease in Canada is taking a virtual trip down memory lane.

Michael Koutis was a supply teacher in the town in 2005. He returned to his home in Canada with the dream of visiting Harlow again one day to see how things had changed. 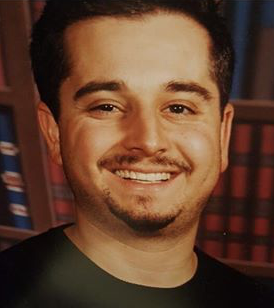 Before he could take that trip, he was struck down with rare degenerative disease Neuroacanthocytosis (NA) – he and his brother are among just 150 cases in the world.

He now lives in a nursing home due to his vocal and facial tics, extreme fidgeting, biting down on his tongue, inability to walk or feed himself.

Mr Koutis said: “At age 36, I was a normal, healthy, happy guy. I had a rewarding career as a teacher, was happily married and looking forward to a bright future. Suddenly, out of nowhere, I began to make unfamiliar and strange sounds with my throat. This was the beginning of my journey. 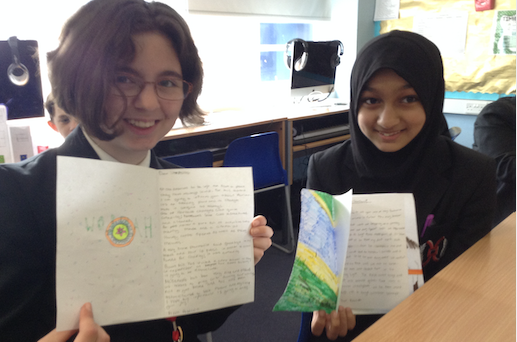 “Five years on, I was finally diagnosed with the extremely rare degenerative disorder NA.

“Life expectancy is ten to 20 years from onset, which may sound generous, but I am eight years in and feeling very much aware of time. My goal is to bring awareness to a disease of which so little is known. It is isolating and lonely for me and my brother.”

In an effort to take Harlow back to Mr Koutis in Canada, students at Burnt Mill Academy have collected photos and written letters to give him a flavour of the town today.

Cristin Casey, BMAT director of performing arts who worked with Mr Koutis in Harlow, said: “Mike gets in touch with me occasionally to ask how things are in Harlow. He misses Harlow and teaching here. His goal was always to come back.

“When I heard he was getting more poorly, I decided to take Harlow to him.

“Students are learning empathy and the importance of community by getting involved. It is also giving them some pride in their town. They have put their heart and soul into it and responded maturely to a difficult story.”

Year 7 Rebecca Fumera said: “I wanted to make him feel nice; I felt sad for him. I think he will be very happy to receive our work. I feel happy to have been able to help.”