Crime in Potter Street: Residents tell police: “We are not conducting a witch-hunt!”

POTTER Street residents have hit back at claims by a police officer that they are conducting a “witch-hunt” against youths accused of being involved in crime and anti-social behaviour in the area. 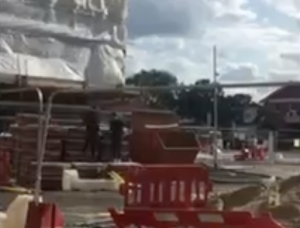 AS YH has reported, shopkeepers at Prentice Place and local residents have made numerous complaints regarding youths “laying siege” to them.

The shopkeepers and residents set up a Facebook Messenger page and one Harlow police officer was a member of the group. However, it appears that he felt some of the members were targeting two teenagers in particular. He stated: “The page, although highlighting the asb issues of Prentice Place has also become a witch hunt for two individuals for which investigations are running on numerous levels.”

Local resident, Colin Thorp hit back. Mr Thorp said: “This is not a witch-hunt. Shopkeepers and residents want to be left alone to get on with their lives without fear.

“This is not just about Potter Street. It is also about Bush Fair, Church Langley, the town centre, to name just two areas”

YH out the concerns to the district commander, chief inspector Natalia Ross. She said: “I am aware there have been continuing issues with anti-social behaviour in Prentice Place, particularly involving the scaffolding at Ostler House.

We have been working and patrolling the area and working with partners to find solutions. We have also been working to identify who the other people are in the group so we can address them individually with their parents.

Two individuals were recently identified and their parents were issued with community protection warnings which includes a condition not to cause ASB.

Investigations remain ongoing involving these individuals and others.
I have not seen the comments on the closed Facebook Messenger group myself, so I cannot confirm if only two named individuals have been mentioned more often than others.

However, we will not tolerate continuous anti-social behaviour from anyone and it is clearly having a detrimental impact on the local community.

I have asked community policing team Inspector Tony Walker to organise a further patrol plan and a meeting with residents and business owners to discuss their concerns.

I urge the local community to call us on 101 (or 999 in an emergency) so that we can respond to these incidents as they are happening.

“Although it is important to report via other partner agencies, we are in the best position to address incidents as they happen”.