Schools given powers to ask parents for ID and payslips 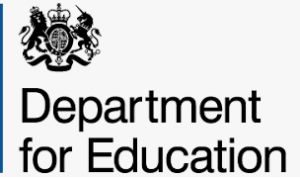 TEACHERS have been given the power to ask parents for ID and payslips to prove they are ‘key workers’ amid fears that many will lie about their jobs so they can drop off their children.

Schools across Britain shut to most pupils on Friday. But headmasters predict a meltdown after experts suggested two million pupils could attempt to attend school today reports the Daily Mail.

Checks at the gates will root out those parents falsely claiming to have jobs ‘critical’ to the country’s coronavirus response.

The move comes amid concerns that over-stretched teachers will be swamped.

Last night, the Department for Education released last-minute guidance, telling teachers how to police the children they let in based on their parents’ occupations.

‘We know many schools will have already spoken with parents/carers to identify who requires a school place,’ the official document said. ‘If it proves necessary, schools can ask for simple evidence that the parent in question is a critical worker, such as their work ID badge or payslip.’

The guidance stated: ‘If required, we recommend asking for simple evidence that the parent in question is a critical worker, such as confirmation from their employer on what their job is and how it is critical to the Covid-19 response. If any problems occur, schools should speak to their local authority.’

The document also revealed that teachers will be expected to work through the Easter holidays to look after key workers’ children.

The ‘key workers’ who can send their children to school are divided into eight categories:

Includes those needed to deliver the Covid-19 response or deliver essential public services.

Includes those involved in food production, processing, distribution, sale and delivery as well as those essential to the provision of other goods like hygienic and veterinary medicines.

Includes staff needed for banks and workers in the oil, gas, electricity and water sectors.

Paul Whiteman, general secretary of the National Association of Head Teachers, yesterday said: ‘We are getting reports of an overwhelming demand for places.’

He also asked employers: ‘Do not put profit over people. School places are there for the most vulnerable and to keep truly crucial operations running.’ Dr Mary Bousted, of the National Education Union, said: ‘If schools are to limit their intake during the crisis, school leaders and teachers must exercise their professional judgment. There may have to be some difficult conversations.

‘Children who have one parent as a key worker should remain at home. Their other parent should look after them.’ Hundreds of thousands of pupils are eligible for makeshift ‘educational provision’.

But the Government’s definition of key workers is ‘too generous’ and has led to the risk of schools being flooded, said Neil Roskilly, chief executive of the Independent Schools Association, which has over 500 member schools.

He added: ‘Parents are thinking not only can I get my child away and looked after but I might even be able to expect some Easter holiday cover.’

Vulnerable children will still be cared for by schools, and children on free school meals will also be provided for. Schools chief inspector Amanda Spielman said yesterday: ‘Parents need to hear the message: Keep children at home if at all possible. Support the decisions your child’s school are making.’