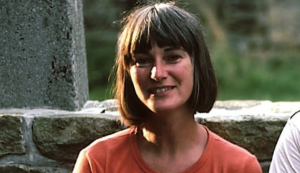 MY friend Christine Mayhew, who has died aged 77, made a success of three careers across her working life – as a midwife, sociology lecturer and counsellor. Each of them she pursued in Harlow, a town to which she had moved as a young woman in the 1960s and to which she made a great contribution over subsequent years.

Christine was born in Newton-Le-Willows in Lancashire to Wilfred Conway, a railway fitter, and his wife, Eleanor (nee Parson), who was a fruit and veg vendor. After her secondary schooling she trained to be a midwife in Warrington and then Leeds. Like many aspiring young people in the 60s she was drawn to the idea of living in a New Town, and so she moved to Harlow to work at the newly-built Princess Alexandra Hospital, where, among other things, she helped to deliver my son.

In Harlow Christine also met my oldest friend, James Drennan, a mechanical draughtsman, and within a fortnight the two were planning their marriage. They were hitched in 1966 and they had two children, Robert and Lizzie.

In the 80s Christine left midwifery to take a sociology degree at Middlesex Polytechnic. Having graduated, she took up a job at Harlow College teaching sociology for a number of years before, in the 90s, engineering another career change. After retraining as a counsellor, she taught and supervised counselling students at Harlow College while running her own private practice. She combined those two activities until her retirement in 2013.

In her spare time Christine was a keen walker who knew lots of rambles around Harlow but also completed the long-distance Coast to Coast Walk across northern England three times, and even scrambled around in the Nepalese Himalayas.

In retirement she read the Guardian and was an enthusiastic gardener. When the work on her beloved allotment became too much for her to handle, she gave it over to the local community garden, where she had been a volunteer.

Her marriage to James ended in divorce in 1990, although they remained on good terms. She married David Mayhew in 1992; they separated a couple of years later, and he predeceased her. She is survived by Lizzie and Robert, her sisters Val and Jeannette, and her grandchildren, Aaron and Lucy.