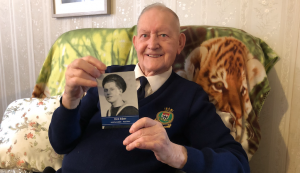 ON THIS Friday, seventy five years ago, whilst our nation was celebrating Victory in Europe (VE Day), Harlow sailor, Richard Edser was still fighting the Japanese in the Pacific Ocean.

Richard was on board HMS Formidable as it was being attacked by kamikaze pilots. 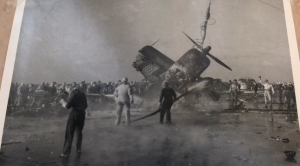 In early March, YH sat down with Richard, in his Quarry Spring home to look back on his war experiences.

Richard is alway at the remembrance services in Harlow and also undertakes talks to schools.

In behalf of all the residents of Harlow, we would like to say thank you to Richard and all those who served their nation.