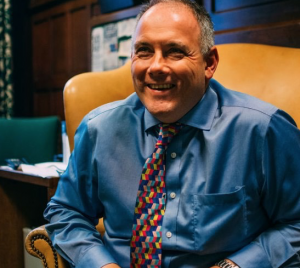 Robert Halfon said: “Our NHS and social care workers are true Corona Heroes and I am pleased that the Prime Minister has listened to my calls to scrap the NHS surcharge for these workers, who have moved to our country to look after us.

“This will make a real difference to those workers and I will continue to campaign for higher wages and lower taxes for those on lower incomes. I want to pay tribute to everyone who is working in our NHS and social care system, for the truly incredible job they do, day in, day out.”

In today’s edition of the Evening Standard, Mr Halfon had said: “I hope the Government thinks again on this surcharge, or, at the very least, comes up with a payment scheme to ensure that all those NHS workers who are on low pay have higher wages and a better standard of living.”

A spokesperson for the Prime Minister said: “The Prime Minister has asked the Home Office and the Department for Health and Social Care to remove NHS and care workers from the NHS surcharge as soon as possible.

“Work by officials is now underway on how to implement the change and full details will be announced in the coming days.

“As the Prime Minister said in the House of Commons, he has been thinking about this a great deal.

“He has been a personal beneficiary of carers from abroad and understands the difficulties faced by our amazing NHS staff.”

The full details of the announcement will be set out shortly on the Government website.