HARLOW MP Robert Halfon has come to the defence of prime minister’s chief adviser, Dominic Cummings, after it emerged Mr Cummings travelled from London to his parents’ home in Durham with coronavirus symptoms during lockdown.

Mr Cummings and his wife, who was also unwell, stayed at his parents’ home while self-isolating.

Labour demanded No 10 provide a “swift explanation” for Mr Cummings.

Robert Halfon went onto Twitter to say: “Ill couple drive 260+ miles to ensure that their small child can be looked after properly.

“In some quarters this is regarded as crime of the century. Is this really the kind of country we are?”

Mr Halfon’s comments have been met with fierce criticsm.

Harlow Labour councillor, Phil Waite said: “So are you saying we should all break the rules to make our lives easier. Just the kind of double standards which seem to be standard in Number 10 clearly rubbing off on you #Disappointing.”

“Maintaining social distancing, and a controlled easing of restrictions when it is safe to do so, is dependent on concensus and clear guidance. The government’s most senior adviser, traipsing across the country while infected with Covid-19 to see his parents, both sets a dangerous precedent, and demonstrates that there is one rule for the elite, and another for the rest of us.

“I am surprised and disappointed that Harlow’s MP should attempt to ingratiate himself with the government and defend such behaviour, and I sincerely hope that others do not follow his appalling example and ignore advice to stay at home, and risk a severe second wave of the virus. 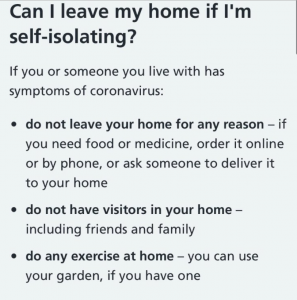 “I usually visit my 89 year old mother every week. I haven’t seen her since 8th March. I haven’t seen any of my (adult) children either. I obey the rules for the good of my family, my community and my country. I expect Dominic Cummings to do the same.”

“Dear Robert, if one of your Government’s inner circle & closest advisors chooses to ignore its own rules and guidelines why should anyone else follow them? or do you endorse ‘do as I say not as I do’ government?”

“Disappointing response, Robert. Other public figures have had to resign for breaches of the rules in far less obvious circumstances of risking harm to others.

“Not taking action against one of the architects of the rules, brings the entire fabric of the rules into disrepute”.

“What #Cummings did is not the crime of the century, but it was breaching the rules that he had helped to impose upon the rest of us.
It is reasonable to expect those who presume to set laws/guidelines for their fellow citizens to abide by them.
#Tories understood this in the past