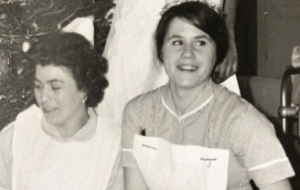 A FUNDRAISING scheme for vital life saving equipment has been started in memory of a Harlow nurse who died in 2019.

The appeal is to raise money for the Acute Oncology Service at the Norfolk and Norwich University Hospital (NNUH).

It is being led by retired Harlow accountant, David Geiss, whose wife, Anne, was a former midwife.

Mr Giess said: “Anne was a nurse and midwife, which was where I met her in 1969 at a hospital disco for trainee midwives in Harlow – she came over at 18 from Ireland to start her nursing career. 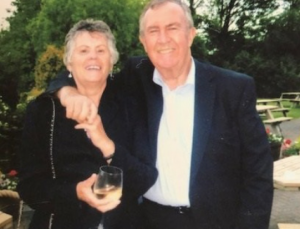 “She was so fortunate to be treated at the NNUH, such lovely, caring staff from consultants and nurses to ward assistants and volunteers.”

As well as being an accountant, David was also a football agent and a number of sporting personalities including former England and West Ham star, Joe Cole have backed the campaign.

Mr Cole told the East Anglian Daily Times (EADT): “My dear friend was treated at the Norfolk and Norwich University Hospital for ovarian cancer from which she died last year, leaving us all devastated.

“However, I have been hugely impressed at the excellent treatment Anne received by all the teams at NNUH.

“I have donated to the hospital’s VOiCE campaign last year and am delighted to support this new campaign to raise money for the Acute Oncology Service where Anne was also treated. Please join me in supporting this appeal and give what you can.”

Among the prizes is football memorabilia donated by several clubs across the country and beyond, including signed shirts from Norwich City, Manchester United, Tottenham Hotspur, Arsenal, West Ham United, Chelsea and RB Leipzig.

Also up for grabs are a Liverpool cap signed by manager Jürgen Klopp and a shirt signed by forward Sadio Mané.

Acting oncology matron for the Acute Oncology Service Tracey Shaw said: “We are so grateful to David and his sons for organising this and for the clubs for donating these fantastic prizes which are priceless for football and sports fans everywhere.

“We have such lovely memories of Anne and it’s so generous of David to think of our team and want to do so much to provide the things that make such a difference to our patients and their families.”

Tickets will be sold online only due to Covid-19 restrictions – the competition can be entered until July 30 before the draw is held on August 3.