Letter to Editor: Vic Goddard should be applauded not criticised 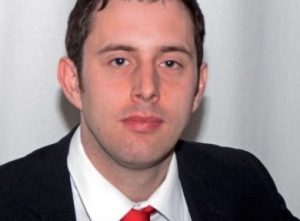 Vic Goddard should be applauded not criticised

I WAS hugely disappointed to read Robert Halfon’s response to Vic Goddard’s interview. I thought that the interview was brilliant and showed Vic, as always, to be a passionate educator who appreciates that the welfare of his students and staff is paramount and not only because it will have an effect on their learning.

Vic is someone who has done so much for Harlow’s young people throughout his time as Headteacher at Passmores and this interview shows that he has a good understanding of the needs of them during this terrible time. His decision not to do online learning was wholly to ensure that those students who do not have access to the internet or electronic devices are not further disadvantaged and has had a clear strategy to dealing with this.

Vic was also quick to speak about the hard work that his teachers have done, preparing work for students and then, when it returns, marking it. It seems that people in government have forgotten that schools are still open and have been open during this challenging time for children of key workers, which are numerous in Harlow, and that teachers are also working hard producing home learning resources. Vic’s public praise for his staff shows excellent leadership and something that we can all learn from!

What we need now is detailed guidance from the Government on schools returning in full in September and detailed scrutiny of that guidance from the Education Select Committee – at the moment we have neither. I hope that the government will develop a strategy soon and that Robert Halfon will join me in applauding the work of local teachers, like Vic, for how well they have dealt with this crisis despite limited information from government, and when he is scrutinising said strategy ensure that they are consulted.

Finally I hope that this crisis will be a catalyst to change, that people will learn lessons from it and that we will work with people in the community, including community leaders like Vic, to take opportunities from it.

4 Responses to "Letter to Editor: Vic Goddard should be applauded not criticised"