Letter to the editor: Thousands of more homes may not be required for Harlow 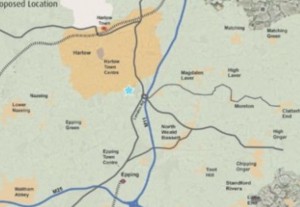 Letter to the editor

A letter sent to Epping Forest DC on 14 July and to Harlow DC on 17 July by the Independent Inspectors of the proposed Local Plans should have sent shock waves to both Councillors and officers at each council because they throw into doubt the validity of their claims for the need to build thousands of homes in the area.

The Inspectors have drawn to the attention of each council the fact that the latest projection by the Office of National Statistics indicates that instead of Epping needing to plan for an extra 14,374 homes in the period 2011 to 2033 based on household projections in 2014, only 6,616 are needed based on these new 2018 projections. In Harlow’s case the 2014 figure indicated that 7,653 needed to be built but the 2018 projection was just 3,094.

This change is hugely important because the Inspector has to take this new information into account as part of “the exceptional circumstances” required to justify the deletion of land from the Green Belt.

In Harlow’s case, their Local Plan already had what is known as an ‘uplift’ of 14%, that is, plans for some 1600 more homes than are needed based on the earlier projections.

Epping DC have only until 31 July to respond to the Inspectors letter, Harlow DC until 7 August. Depending on the response, both Inspectors have said they may carry out further consultation with those who have previously participated in the examination.

Neither the Labour or Conservative Party have participated before, only The Harlow Alliance Party have done so, meaning we are the only Party who will be able to comment. It will be interesting to see how politicians from the other Parties and indeed the two councils react.

Since it’s inception in January 2018 The Harlow Alliance Parties position has always been that the area of Green Belt around Harlow should not be built on.

2 Responses to "Letter to the editor: Thousands of more homes may not be required for Harlow"