Harlow Labour Council Leader: “The reward for the hard work of people in Harlow in fighting this deadly disease, cannot be a P45” 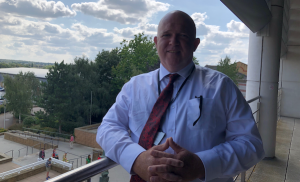 THE LEADER of Harlow Council has expressed his concerns over job losses in Harlow.

Councillor Mark Ingall said: “The reward for the hard work of people in Harlow in fighting this deadly disease, cannot be a P45”

“I am concerned for people’s jobs in Harlow and we are doing everything we can to help our high street and other sectors to cope with the economic impact of this crisis.

However, the Government are pulling the rug out from under people, by their blanket withdrawal of the furlough scheme, putting so many jobs at risk.

I have been shocked by some of the figures and statistics the Labour Party and others have released today:

Footfall for key high street businesses is still down 40% on pre-pandemic levels in the UK
43.7% of businesses in the hardest hit sectors still report being temporarily closed
830,800 furloughed workers in the East of England begin losing support in a matter of hours

Google mobility data shows that footfall for retail and recreation businesses, including restaurants, cafes, museums and cinemas, is down 32% in Essex compared to pre-pandemic levels. Meanwhile, footfall on public transport and around workplaces is still down 45% and 12% respectively.

Meanwhile, the latest ONS data shows some firms have still not reopened, whilst a large number of those that have report lower turnover.

Meanwhile, of those that have opened, 84% in food and accommodation and 72% in arts and entertainment report reduced turnover from pre-pandemic levels.

Now these firms have begun losing support from the Job Retention Scheme and will have to start meeting some of the cost of non-working hours for any retained employees (either fully or partially furloughed).

This change risks handing furloughed workers in the East of England a P45;

“The reward for months of hard work and sacrifice by people in Harlow to fight this deadly disease cannot be a P45.

Last month, I called for a Jobs, Jobs, Jobs budget saying the chancellor needed to put in money to protect the most at risk jobs and invest in a job creation programme for those that have lost their jobs during this crisis.

The government should back viable businesses that are still impacted by Coronavirus, support the self-employed and come up with a plan to drive job creation as we emerge from the pandemic.

And it must ensure our NHS and care services are fully prepared for a second wave – because we won’t recover from this economic crisis until the government gets a grip on the health crisis.”

Labour is calling on the government to reverse course and extend the furlough scheme so that it supports jobs in the worst-hit sectors and targets aid to struggling industries.

Of course, the furlough scheme cannot go on forever, however to those who may question the economic viability of such an extension just look at our closest neighbours and allies:

France announced in July that their emergency wage subsidy scheme would operate for up to two years.

Germany already benefited from an existing wage subsidy or ‘short-time’ work scheme, introduced after the financial crisis to prevent unemployment during downturns. The scheme was expanded in March, with these changes lasting until the end of the year. Workers can receive a subsidy for up to a year, meaning the government will be subsidising wages well into 2021.

Australia recently announced that its Job Keeper wage subsidy scheme would be extended until March 2021 for the worst affected firms. The scheme was due to end in September, and is still open to new claims.

Ireland announced last week that its temporary wage subsidy scheme would remain in place until March 2021.

“The government must take a similar approach and protect our jobs and workers”.