THIS spring The Pantaloons theatre company are touring their action-packed and delightfully inventive production of Sherlock Holmes to theatres around the country.

Sir Arthur Conan Doyle’s stories of master detective Holmes and his amiable sidekick Dr Watson are enduringly popular and this new adaptation by writer/director Mark Hayward will deliver a mash-up of the canon’s best bits and a few surprises along the way.

For Holmes fans the show promises to be reassuringly familiar yet also very different to any other version out there thanks to The Pantaloons’ unique style.

The critically-acclaimed Pantaloons began life ten years ago as an open-air theatre company, busking plays for donations in parks and on the streets, where they developed an attention-grabbing, interactive and playful performance style.

“We characterise our work as post-modern folk theatre,” says Hayward, a founding member of the company. “We take well-loved tales and give them a contemporary twist, making them accessible for new audiences and showing seasoned fans something that they perhaps had not seen in them before.”

The Pantaloons have picked up plenty of loyal followers and a lot of critical acclaim and have quickly become one of the country’s most prolific touring companies – and even they’re not entirely sure how and when that happened.

“We seem to have even slipped under our own radar,” says Hayward.

Past Pantaloons productions include The Canterbury Tales, Grimm Fairy Tales, A Christmas Carol and many of Shakespeare’s plays.

They have four major national tours planned in 2014 alone – the start of their own quiet revolution in theatre.

The Pantaloons pride themselves on creating interactive shows that can vary wildly from performance to performance – and Sherlock Holmes will do so to a very great extent.

“The outcome of the play can be very different at each performance,” says Hayward. “In fact, depending on suggestions from the audience, the show will change a lot. It’s a very exciting concept but we don’t want to spoil anything by revealing too much here.”

In true Pantaloons tradition the show will also include plenty of original live music, puppetry and improvisation but at all times the production will remain faithful to the spirit of the source material.

“The real strength of the Holmes stories, aside from the adventure elements and clever mysteries, is the relationship between Holmes and Watson and brilliant dialogue that still sparkles straight off the page,” says Hayward. “It makes adapting the stories for stage a real joy.”

So bring your magnifying glass, pipe and deerstalker hat and be prepared for the theatrical event of the year. The game is afoot! 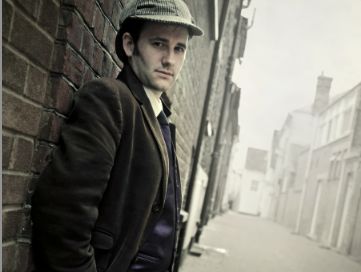