COMMISSIONED by Perth Theatre Company, It’s Dark Outside is created and performed by Arielle Gray, Chris Isaacs and Tim Watts, the creators of the internationally renowned, multi-award winning production, The Adventures of Alvin Sputnik: Deep Sea Explorer. Joining Watts, Gray and Isaacs, is 2012 Martin Sims Award-winning composer Rachael Dease who has created a uniquely beautiful and moving score for the play which will be at Harlow Playhouse on Sunday 16th March.

As the sun sets, an old man and his noble tent go wandering into the wild. He is losing his mind. Swept up in a surreal world, he is on the run. Meanwhile, a mysterious tracker has caught the scent and is hell bent on hunting him down. But while he can try and run away from the life he once knew, he can’t hide from everything.

Inspired by experiences and research into Alzheimer’s and Sundowner’s Syndrome, the play will be another heartfelt, fearless and inventive adventure about aging, getting lost and trying not to be found.
Puppetry, mask, animation and live performance are all expertly intertwined by the superbly talented cast to create a grand epic western about adventure, redemption and dementia.

Audiences will be drawn in by the perfect mix of enchanting, beautiful and uplifting moments that are woven throughout this must-see theatre event.

Tickets to see It’s Dark Outside cost between £9 and £12 and are available to book from The Box Office on 01279 431945 or online at www.playhouseharlow.com 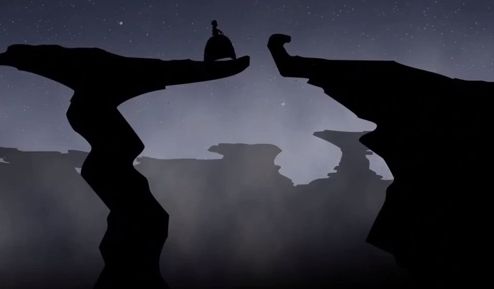